A satellite is one of the most complex machines ever built by mankind. It is a great challenge to make a satellite because of the harsh conditions of space, the shock waves, vibrations of launch, the varying temperatures (from -250 degrees to > 100 degrees warm), making adjustments in the orbit and dealing with space debris, solar flare and radiation, making it last for about 5-10 years. Sophisticated electronics are used which can withstand these harsh conditions, Apart from it there are no repair/ reservice  options either – one part damaged or malfunctioned , then goodbye satellite forever..!!

It has its own communication system module often termed as payload to receive the signal from earth (UPLINK) and filters the signal from noisy components, amplify it and send it back to earth where an antenna receives the signal (DOWNLINK). It does this work with the help of a transponder, which is an integrated radio signal receiver and antenna. The frequency is generated by a quartz resonator, which is the heart of satellite.

It is the frame of the system. It contains antenna dishes, transponders, thrusters, fuel cylinders, engine, position control system,solar panels etc. It is made of aluminium and carbon fibre.

The station from earth monitors the health of satellite including its vital parameters continuously which ensure the satellite is operable for many years. They have a separate antenna and separate frequency to monitor and establish radio diagnostics and control (RDC).

Photovoltaic cells are employed on solar panels which have a conversion rate of 20%.They power up the circuitry on board and recharge batteries. The panels are foldable and are constantly positioned for maximum collection of sunlight on panels. Apart from that on board Ni-Cd  batteries that have best power weight ratio and are used on eclipses, where shadow of the planet causes block in sunlight.

The gravitational fields of earth and moon have effect on the orbit of the satellite. The fuel in satellite system, hydrazine is thrusted out to maintain on its elliptical path (Attitude Control System). The attitude and orbit control subsystem consists of sensors to measure vehicle orientation; control laws embedded in the flight software; and actuators (reaction wheels, thrusters) to apply the torques and forces needed to re-orient the vehicle to a desired attitude, keep the satellite in the correct orbital position and keep antennas positioning in the right directions.

Every satellite has got a different range of antennas on it. Medium gain antenna , high gain antenna etc. are employed for various purposes. Different radiating power is needed for these antennas.LEO satellites need big antenna dish because of low power and low frequency and due to high frequency range of GEO satellites, need a small antenna system. They have carbon fibre skins bound on Kevlar honeycomb. They don’t have a smooth surface.

The thermal control subsystem helps protect electronic equipment from extreme temperatures due to intense sunlight or the lack of sun exposure on different sides of the satellite’s body (e.g. Optical Solar Reflector).Vacuum deposited aluminium on kapton is used for thermal insulation too.

The second major module is the communication payload, which is made up of transponders. A transponder is capable of :

After serving its term the small thrusters fire off  the satellite using the last of on board fuel to its graveyard orbit away from earth in to the deep space.

Imagine you’re a New York Yankee stuff walking down the famous Manhattan. You flash your smart phone’s camera towards the road and you come to know which metro substation is beneath and which is the next  metro train you can catch up to meet your loved ones.. Again you come across a hoarding which has Chines stuff written over it.. You again flash your camera over it and boom.. the English letters are revealed out the Chinese text..

It is night time and you’re looking at the bright moon and the pattern of stars makes you curious.. You flash your camera and find the virtual lines connecting the stars and telling you the constellations.

Folks wake up .. I ain’t telling you that your camera has a magic wand..!! It is Augmented Reality..

Yes .. Augmented Reality is nothing but adding a virtual screen on top of everything in order to make it more meaningful. It combines 2 words to deal with, “augmented” means enhanced and “reality”, which simply means enhanced reality. By using hardwares or tools such as your smartphones you can discover such beneficial details in the form of visual images that are not visible normally.

Augmented reality adopts new ways to add information discoveries to the reality in limitless possibilities from fun, games, sports and education to technology in engineering and medicine and more.It adds the graphics, sounds, feedback and smell to the natural world we see, thereby making it more alive. Thereby creating such a grand spectrum, let the field environment variables speak for your lively experience. 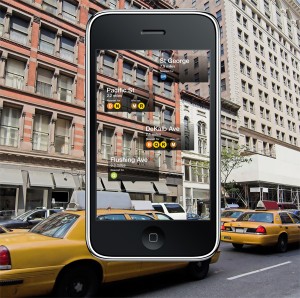 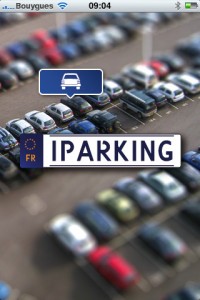 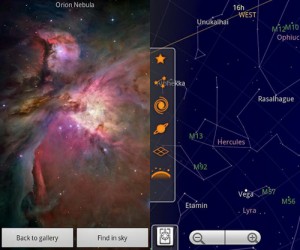 Thus there are apps to facilitate augmented reality. Across Air App  is a 3D navigator telling you restaurants, hotels,cinema,landmarks etc.near you and Augmented Car Finder App helps to find your car in a big parking place..

Go grab them to make your world more speaking to you!

These are available on your android platform .. And what more, these are for free.. !!