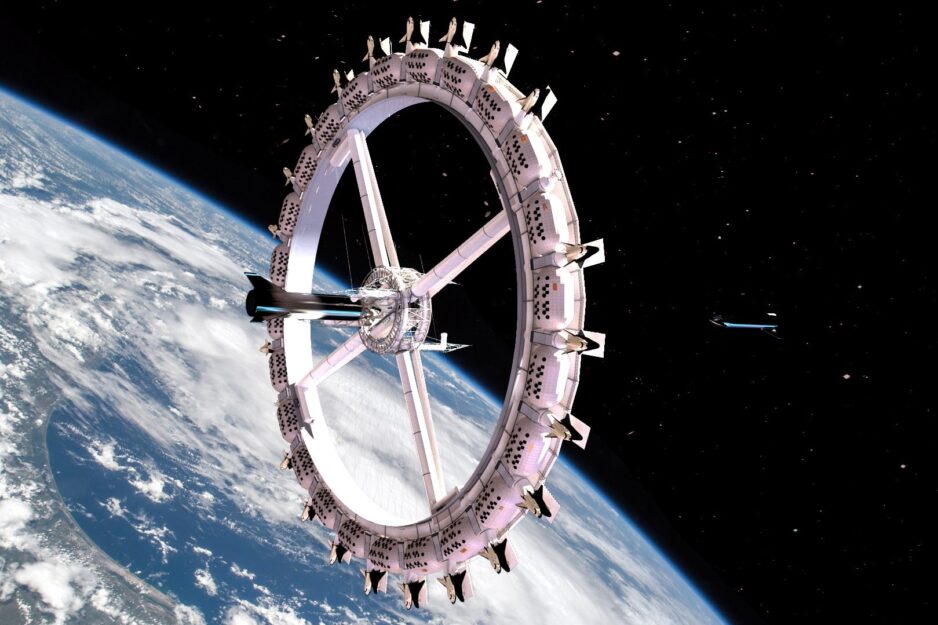 SPACE…….the word that amazes us to date. We all have dreams about going to space and seeing the bewildering site from high above. But many of us couldn’t follow that dream. Only a few of us who became astronauts got a real opportunity to do so.

For those who couldn’t go, science came to the rescue and has made space travel for civilians possible.

Even if the concept of space tourism seems afresh, it was first in mid-2001 when Dennis Tito, the American businessman, became the first space tourist and spend nearly 8 days in space.

Where have we reached till now?

The advent of space tourism occurred at the end of the 1990s when Russian company MirCorp and the American company Space Adventures Ltd came together and decided to sell a trip to Dennis Tito in order to generate revenue for the maintenance of the Mir space station which MirCorp was in charge of. Tito became the first paying passenger, who paid $20 million for a roughly 8-day expedition.

Orbital space tourism continued to grow following Tito’s mission, with flights to the ISS by South African computer millionaire Mark Shuttleworth in 2002, Gregory Olsen in 2005, Anousheh Ansari in September 2006, and many more

We can classify the type of space flights passengers can enjoy into two divisions, namely suborbital and orbital.

Orbital ones would be completely different than suborbital ones, which last up to a few minutes. These spaceflights strive for giving the passenger an exotic journey of a few days to a week in space over 1.3 million feet. The final quarter of 2021 is likely to be huge for tourists in orbital spaceflight, with two major companies Space Adventures and Axiom Space announcing up to nine seats to orbit available for purchase by either individuals or organizations

But orbital spaceflight has its own challenges of providing boarding for a few days to passengers in space. Currently, the International Space Station (ISS) is the only habitable structure, but many companies are looking for a breakthrough.

It is easy to dismiss a plan such as that of space tourism which is a luxury that only the rich can afford, but there are certain advantages to it that each part of the society might experience.

1)It is a dream project to work on.

From the onset of space tourism, it is only growth that we have seen in the frequency of space flight. This will automatically create a boom as job opportunities will be created in every sector known. And who won’t like to work on a project that is related to SPACE!!!

2)The cost will definitely go down

Even if space tourism seems costly now, we will surely see a decrease in cost. The reason behind this is that we could create a space shuttle having more capacity so the cost per person reduces.

Comparing the same situation with the airplanes, when once they used to be a mode of travel for the upper class people in the society, but then, as the aviation sector boomed, the prices of the airplane tickets went down significantly and finally any common man is now able to afford the same.

3)Space tourism will not be a complete disaster

Most of us are still concerned regarding the environmental imbalance that space tourism may cause. Fortunately, Blue Origin’s New Shepard produces only water as an exhaust, which took care of the global warming that rockets caused earlier. Also, Elon Musk has declared his intention to produce methane fuel directly from the atmosphere using solar power, assuring that the fuel cycle is carbon neutral.

4)Increase in space exploration and experiments held in space

When Dennis Tito went to space, he conducted a scientific experiment up in space on the behalf of a lab. This shows that space tourism will not only support scientific exploration but also open avenues for advanced technology to be created because of the demand created due to this massive boom.

Cost is one of the biggest challenges as such space travel by tourists is limited only to rich people till now. OECD space agencies have spent approximately $1 trillion since 1961. As a consequence, unless there is a reduction in costs as far as technology allows, space agencies’ role in the future development and exploration of space is likely to shrink progressively. Ultimately, by reduction of cost, the development of space travel will lead to the permanent and progressive expansion of human culture into space.

Space tourism poses a grave environmental challenge to mankind. The pollution caused due to the launching of space shuttles and rockets is enormous. Consequently, the amount of pollution will rise and the amount of debris in the space will reach a dangerous level. This will contribute to global warming and the harmful effects of it will be borne by the poor people who have no stake in the development of space tourism.

Currently, space tourism is on course to being developed as a model of space adventure, though with some potential concerns. Space tourism is in its pioneering phase where customers will be very few, and the cost will still be fairly high. As companies like SpaceX test reusable rocket technology to make spaceflight more affordable and accessible for humans, other private firms, including Virgin Galactic and Blue Origin, are investing in suborbital space tourism to take Earthlings into the very edge of space and back. There are prospects in the future for the start of sub-orbital passenger space flight operations from newly developed commercial spaceports. More next-generation engineers will enter the space tourism sector for the scope of opportunities and innovation, eventually decreasing the barriers to entry that will increase competition, lower the costs, and ultimately democratize space travel for everyday citizens. Some companies have their sights set on venturing even further, with aspirations of building the first orbital space hotel. While only uber-wealthy passengers and private researchers will have access to space tourism in the immediate future, the long-term holds promise for ordinary citizens.

It can be concluded that space tourism is at a nascent stage and many challenges need to be solved before flowering the space tourism industry. Certainly, the progress made by the space tourism industry in the last several years has been uneven, and arguably at a slower pace than hoped for. The industry in general, may have made some mistakes and lost some opportunities along the way, but it is equally necessary to analyze enhancing procedures to make individuals understand prospective market niche and depth in space tourism. Recognition of required future technologies is equally vital considering that the industry is a multi-million-dollar investment. The growth of space tourism is going to have a huge benefit and cultural effect, which will widen human horizons, as its appropriate for the 21st century. Tourism isn’t just going to be a small part of future space activity; it is going to be the mainstream space activity. The sweet escape to the stars can eventually manifest the awe-inspiring potential of space exploration while also giving us a better appreciation of our home.

As you all know army uniform is changed recently on Jan 15 which was Army day and here we have given some insight on this new uniform. 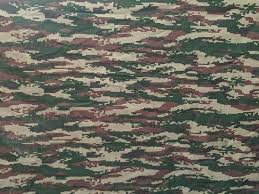 The uniform has been designed to serve two requirements:

a) protection against harsh climatic conditions, including extreme heat and cold

b) To provide soldiers’ outfits with field camouflage, so as to increase battlefield survivability.

The digital descriptive pattern:  It’s the new trend in camouflage designs to have a lot of little random squares instead of a lot of huge random squiggles. Any camouflage pattern created with the help of a computer is referred to as “digital camouflage.” You feed the computer information on what colours to expect and in what percentages, and the computer generates a pattern. This design is refined and refined until it is attractive to the eye.

Digital camouflage provides a disruptive effect through the use of pixellated patterns at a range of scales, meaning that the camouflage helps to defeat observation at a range of distances. Such patterns were first developed during the Second World War, when Johann Georg Otto Schick designed a number of patterns for the Waffen-SS, combining micro- and macro-patterns in one scheme. The German Army and The Soviet Army developed the idea further more.

Later US Army officer Timothy R. O’Neill suggested that patterns consisting of square blocks of colour would provide effective camouflage. By 2000, O’Neill’s idea was combined with patterns like the German Flecktarn to create pixellated patterns such as CADPAT and MARPAT. Battledress in digital camouflage patterns was first designed by the Canadian Forces. The “digital” refers to the coordinates of the pattern, which are digitally defined. The term is also used of computer generated patterns like the non-pixellated Multicam and the Italian fractal Vegetato pattern. Pixellation does not in itself contribute to the camouflaging effect. The pixellated style, however, simplifies design and eases printing on fabric. 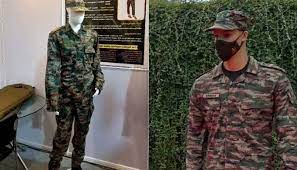 The main changes in the new uniform, compared to the old one that has been in use since 2008, are with regard to the camouflage pattern, design, and the use of a new material. While the new unique camouflage pattern retains the combination of the same colours — olive green and earthen shades — the pattern is digital now. It has been designed keeping in mind the many kinds of operational conditions that the soldiers function in, from deserts to high-altitude areas, jungles and plains. The fabric for the new material makes it lighter, sturdier, more breathable, and more suitable for the different terrains that soldiers are posted in. The cotton-to-polyester ratio is 70:30, making it quicker to dry, more comfortable to wear in humid and hot conditions, and lightweight. According to the Army, it is an ergonomically designed, operationally effective, new-generation camouflage combat uniform. The fabric is 15 per cent lighter, and has 23 per cent more strength against tearing, against the current uniform.

The ergonomic features allow for long-hour use and comfort, and micro features are inbuilt for the use of the wearer in field conditions. The new uniform has a mix of Olive Green and earthy colours for better camouflage and the fabric is durable, sturdier and lighter than the ones used earlier.

The pattern of the Indian Army’s new uniform is widely used by troops abroad and is engineered to withstand tough conditions like harsh temperatures, explosive bursts, and fluctuating air pressures and is supposed to provide the soldiers more comfort. The new combat uniform is also eco-friendly. It even resembles the modified version of the Canadian CADPAT camouflage pattern that was rolled out to the US Army, US Airmen in the Middle East and Air Force Global Strike Command security forces.