It is rightly said that “A  Unit saved is a Unit Produced.”In an era where energy consumption has increased at a tremendous rate, Energy Efficiency has indeed become a serious issue.

The main question is: What is the necessity for this step?  How can we do it?

The essential requirement is to reduce energy consumption and promote the use of sustainable sources of energy. Therefore, the basic step is to choose an appliance with a better energy rating and cheaper energy tariffs.

Proper designing and orientation of houses enable proper ventilation, ensuring temperature moderation and fresh air. Geothermal energy saving is costly but quite efficient in the long run. Traditional ways of designing would be of great benefit. 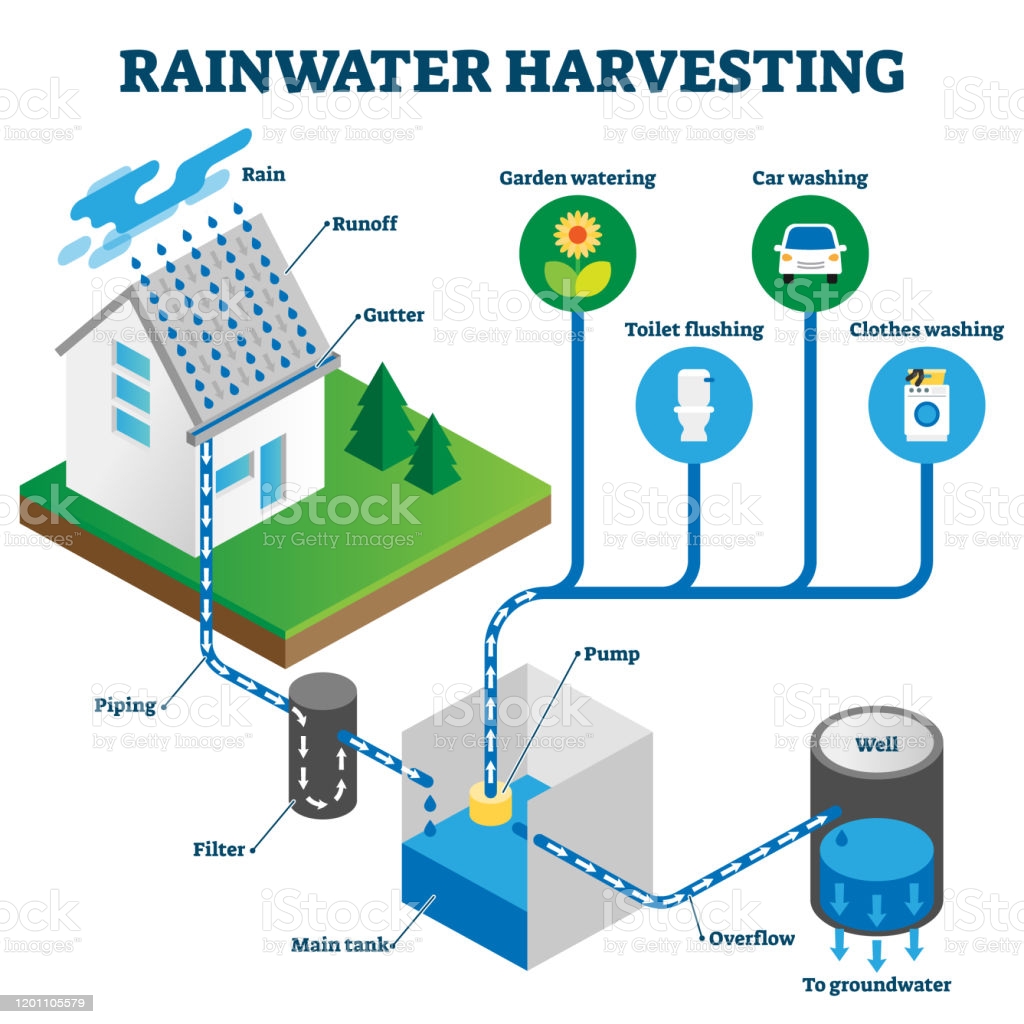 Rainwater Harvesting should be highly encouraged. Roof water storage is quite beneficial. Proper showerhead designs are necessary to conserve water. Waste recycling methods like vermicomposting should be adopted to increase organic manure production and separate the organic wastes from inorganic wastes, like plastics, which can be segregated into valuable produce. 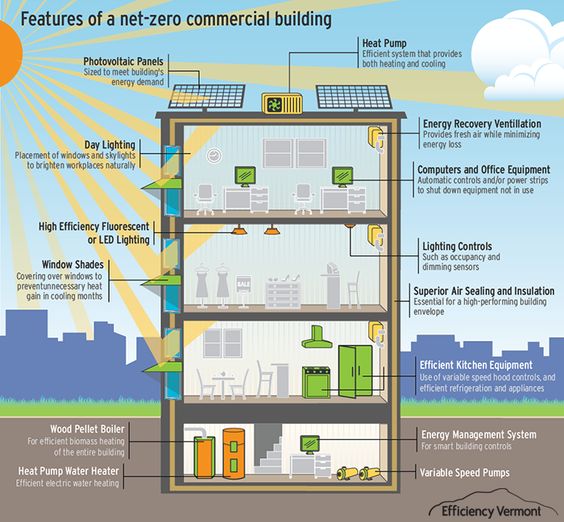 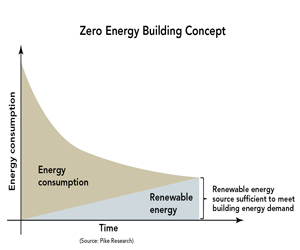 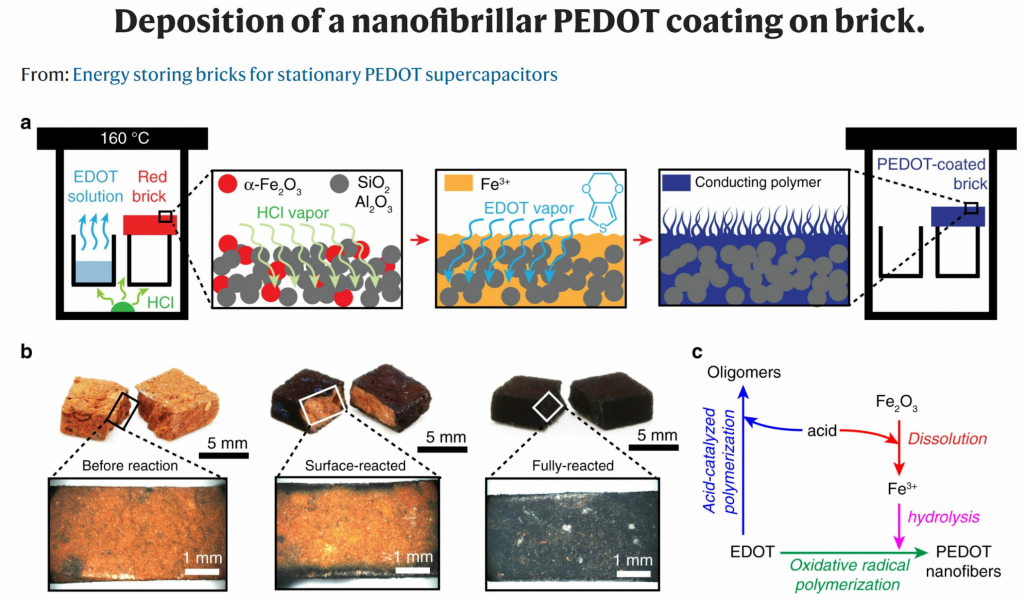 A supercapacitor is stable in ambient conditions undergoing 10,000 charge-discharge cycles with ~100% coulombic efficiency and ~90% capacitance retention. A supercapacitor brick module is produced, reaching a 3.6 V voltage window by connecting three devices in series and lights a white light-emitting diode for up to 11minutes.

Energy storing Bricks can provide emergency lightings to buildings for up to five hours. Its prototype has been prepared and has much more capabilities for future expansion. 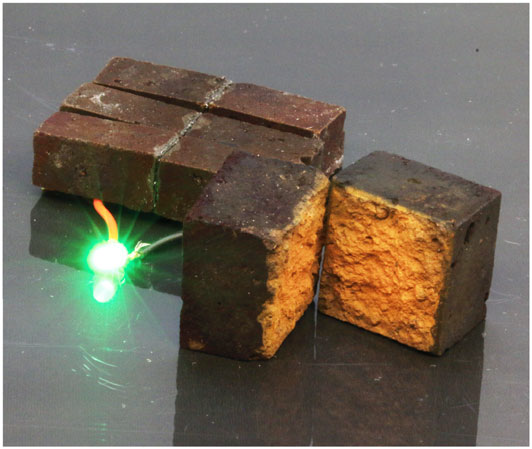 Using natural and renewable sources of energy at your home and workplace is good for the environment. Applying quick energy-saving techniques such as using efficient Energy Star rated appliances, using thicker curtains, insulating roofs and walls, switching from incandescent bulbs to low energy light bulbs like LEDs can significantly impact the overall energy savings and also reduce carbon emissions. Every small change boosts the home value, paving the way for a cleaner and greener world for all of us. 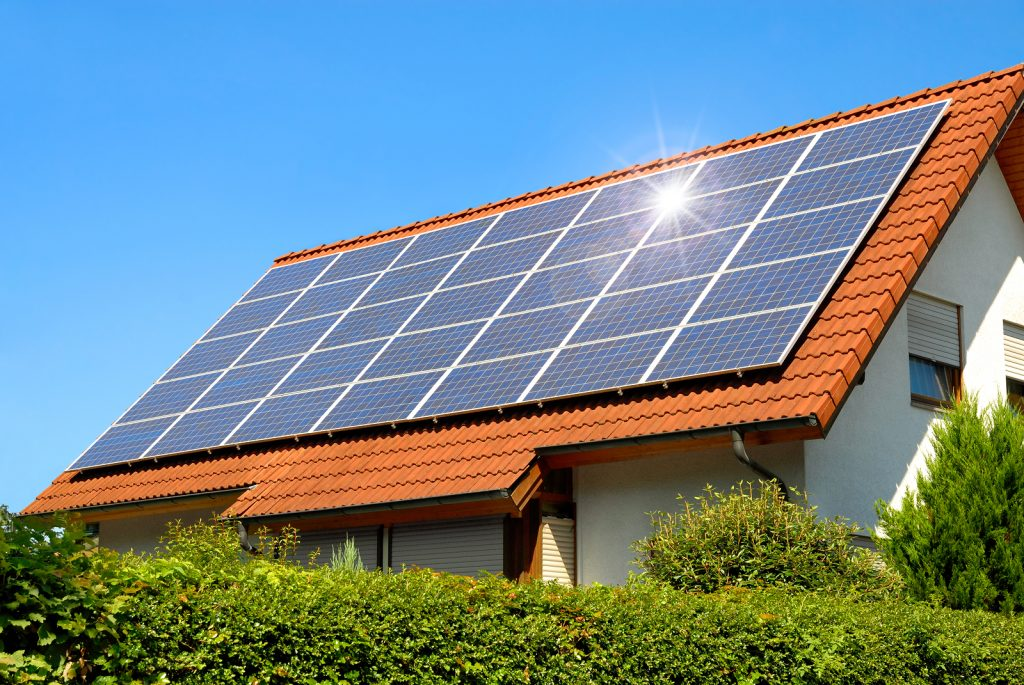 When it comes to saving energy, installing solar panels to make use of the sun’s energy is quite a good option. Solar PhotoVoltaic (PV) modules can be installed on rooftops that generate clean and renewable energy when exposed to sunlight. It allows you to generate your power for more than 40% of your daily household work, and consequently, you do not have to pay the enormous electricity bills. Although these solar cells’ initial installment costs are high, it results in significant savings in the long run. We can combine reflectors or solar mirrors and PV panels to harvest more sunlight and enhance the effect to cut down solar cells’ costs. The mirrors reflect more of the incident sun radiance and direct sunlight to the PV modules, increasing the amount of electricity produced from the same area’s PV panels giving higher output power during the day than the standard solar cells. Moreover, in India, both the central and the state governments provide subsidy schemes of more than 30% of the total cost to assist people in setting up solar panels on their rooftops to promote renewable sources and increase our dependence on them.

Softwares like Green-Building Studio by Autodesk should be made familiar to students and engineers to relate to such issues. Smart grid manufacturing systems should be installed and promoted. Elaborate research needs to be done for efficient house designs and structures to regulate airflow. Biogas adaptation and the usage of renewable sources of energy are vital factors for cleaner and efficient energy sources.

To prevent and overcome the energy crisis shortly, It is necessary for us to adapt to changing needs and conserve the most critical resource of our survival. 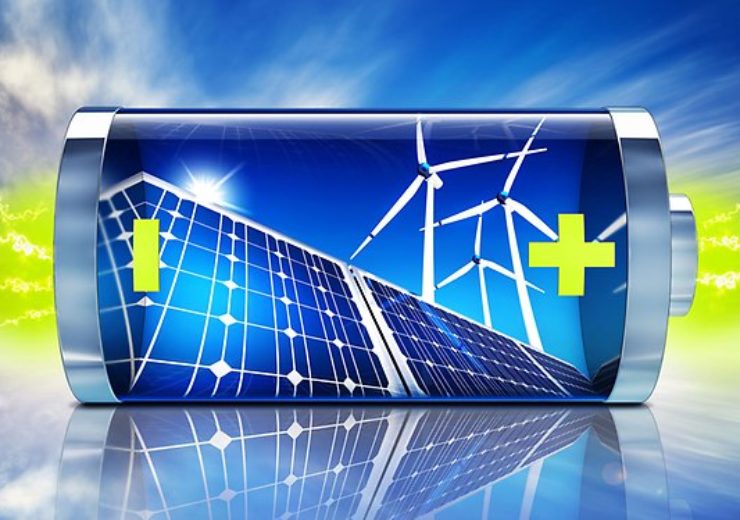 Electronic devices and vehicles are now more than just a basic need for humanity. Nowadays, and especially during pandemic breakouts which reportedly occur once in a span of 100 years, people have become completely dependent on electronic devices of one sort or the other. The wonders that these machines can do are known to most users. Many devices run on a direct connection to a designated power supply, which unfortunately limits the scope for portability. To overcome this limitation, most portable devices run on energy stored in batteries. Owing to this essentiality of the battery, scientific groups around the world have been in the quest for developing the “perfect” battery for the past few decades. Success could be in terms of increased efficiency and energy density, reduced charging time, leak-resistance, and more such capabilities that could overturn the energy sciences and engineering.

Batteries have also found their use in the automotive industry. The heart of Electric Vehicles are their batteries, which replace energy from conventional fossil fuels, eliminating CO2 emissions and consequently, EVs have the potential to address the issue of climate change. CO2 emissions from conventional fuel-based transportation have certainly been one of the major factors for such issues and this fact is backed by statistics: In 1959, global CO2 levels were at 313 parts per million (ppm). Now, just six decades later, they are nearly 100 ppm higher, surpassing 412 ppm in September of 2019. This unprecedented change in atmospheric CO2 levels will continue to create a major impact on Earth in the decades to come. Climate researchers have advised to reduce emissions for many years, but humanity continues to release billions of tons of CO2 every year into the atmosphere, despite the uncertainty in a safe upper limit. This can be seen as an economically driven phenomenon owing to the affordability and reliability of fossil fuels as an energy source. Fortunately, renewable energy technologies, like wind and solar energy, are already undercutting the cost of conventional fuels in a few places and with the help of research and innovations, by 2030, it will be cheaper to generate from renewable sources almost everywhere. Presently, we need such a rapid transition to prevent the worst effects of climate change. 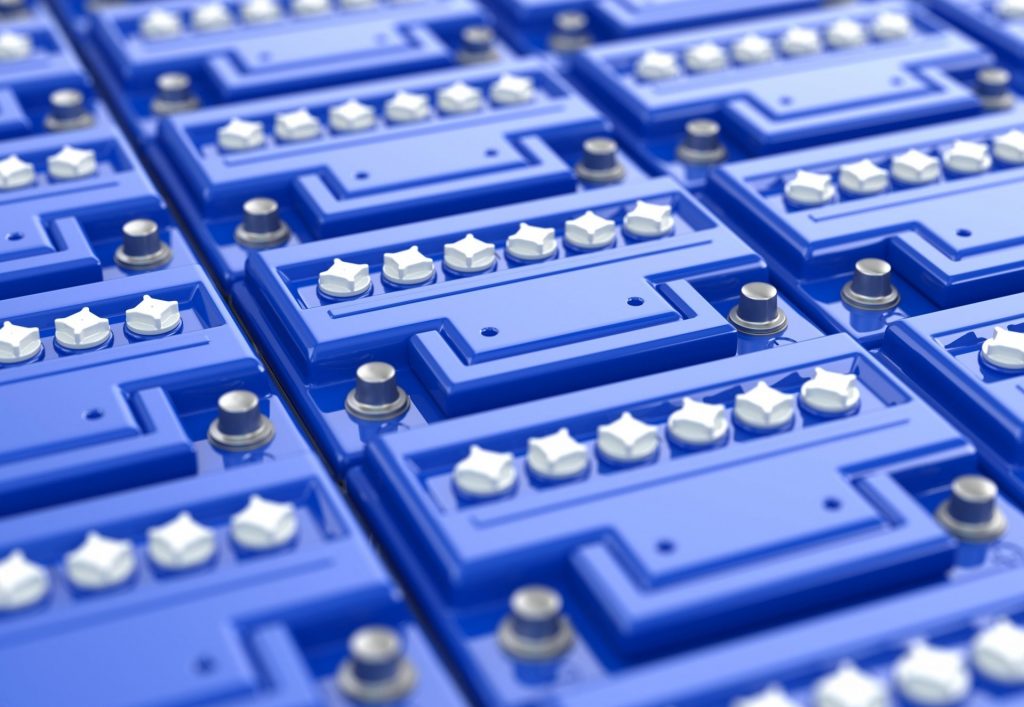 However, there are times when weather and environment changes may not allow for steady energy generation (examples include not enough sunlight, or a drop in wind speeds) and this is when energy storage techniques come into play. With the rise in the production of energy from renewable sources, storage plays a critical role in providing output during high demand and low production times. Pumped hydropower has provided the cheapest form of energy storage in the past, and with more such projects, this method proves efficient to an extent, as in the case of long-term and bulk energy storage purposes. However, pumped hydropower has geographical limitations, as it demands a difference in elevation which is not found at all locations. On the other hand, electrochemical storage is seen as much more suitable for uninterrupted power supply with the ability to provide load shifting. Electrochemical storage has gained popularity in recent years evidently due to the fall in the prices of Li-ion batteries: diving 85% in cost from 2010 to 2019.

The energy storage market, in a broad sense, can be split into two sectors: stationary and mobile. The stationary storage sector concentrates at a cost per unit energy ($/kWh figure) along with concerning safety issues and maintaining the $/kWh figure of merit. The more dangerous option requires a rigorous safety system as in the case of nuclear power, which in principle is cheap but in practice, it requires multiple safety constructions that increase the cost. Mobile storage, contrarily, is more associated with a cost per energy density figure ($/kWh/kg) and adheres to inherently safe systems, and involves solutions for additional safety structure, which in turn impacts the overall weight of the system.

Materials and morphology are the two main strategies adopted by battery engineers to achieve low-cost cells. Materials that are abundant, cheap and able to be economically engineered into the appropriate form are usually engaged in low-cost cells. However, some materials with high production cost but made of relatively abundant materials, like carbon in the case of carbon nanotubes (CNTs) may become economically viable once large-scale productions become common. Further, materials like CNTs have been receiving huge attention from researchers from multiple fields. 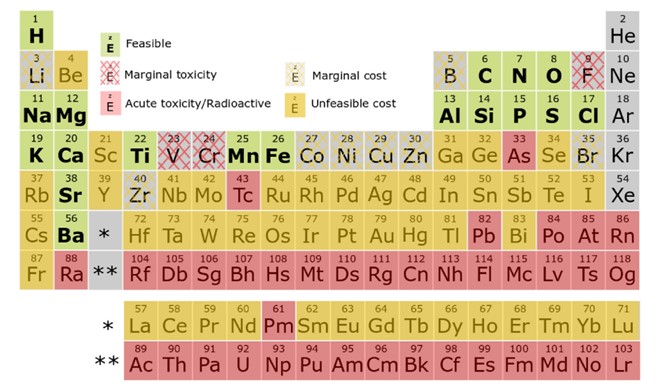 Periodic Table: The materials that are available for the production of a low-cost cell.

Several factors are considered while choosing a metal for use in a battery, most prominent being the reduction potential. Consider the case of Lithium metal, which comprises roughly 0.002% of the Earth’s crust. The obvious reason as to why Li-ion batteries have occupied most of the energy storage market is hidden in its Standard Reduction Potential (SRP). Lithium has the highest SRP among all materials (-3.04 V) followed by other metals of group I and alkaline earth metals. SRP is an important figure for achieving high voltages in cells; the more negative the standard reduction potential of the metal, the higher the voltage that the cell can theoretically have. Lithium can be seen to be dominating the market for the next decade or so, but with soaring energy demands and dwindling Lithium sources, we are in an immediate need of some alternative materials. With aluminum-ion batteries coming on top, they seem to be a promising solution, with aluminum being the most abundant metal in the Earth’s crust and theoretical energy density being relatively high. This is where the diagonal relationship can be seen with respect to the chemical properties of such materials. 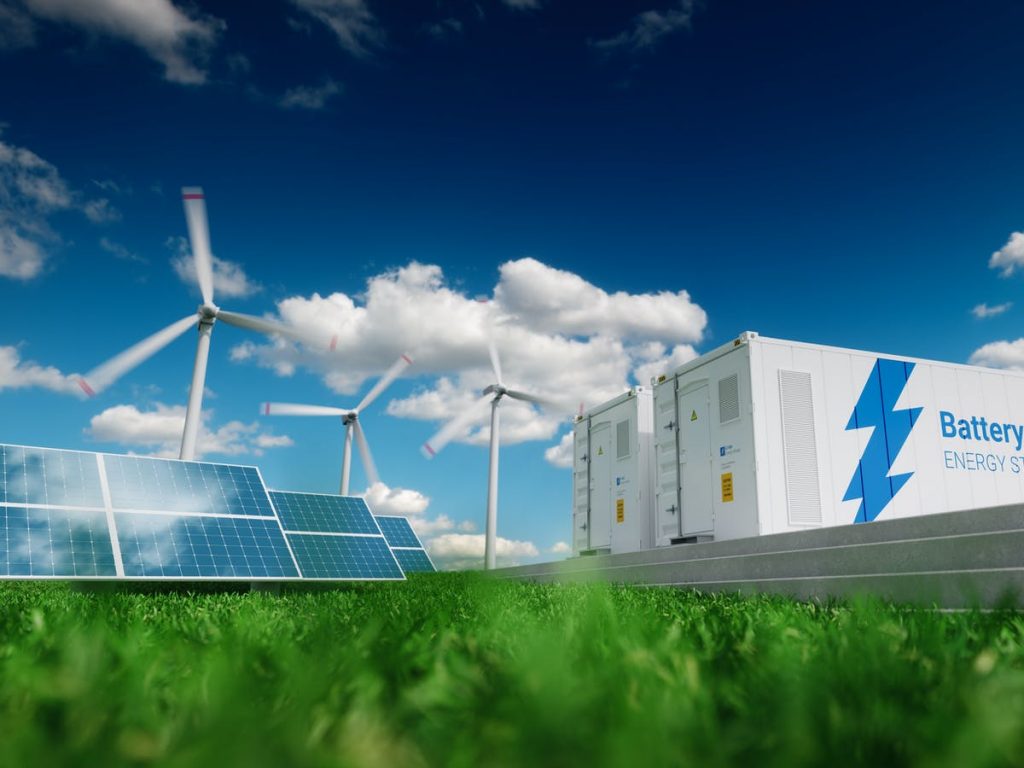 The automotive industry would be the most benefitted by revolutions in battery manufacturing. Electric vehicles have now begun to occupy a small but significant place in markets. India has a lot to achieve from the widespread adoption of e-mobility. But with e-vehicles plying on the roads, we would need certain new infrastructure, like charging stations at multiple checkpoints. As of now, in India, there have been some positive developments regarding e-vehicles. The NTPC has already commissioned its first EV charging station with a capacity to charge three vehicles simultaneously. Admittedly, we need more such initiatives to bring down the burden on the economy due to oil imports.

The scientific community, around the world, has been working on multiple promising alternatives, like fuel cells and other water-splitting technologies. Some of the projects undertaken by scientists might seem ambitious and far from being available on a commercial scale, but one needs to understand the different stages of research, development and finally the commercialization.

All these promising technologies have a long way to go before they can be made available in the market. Advancements in material sciences, battery and other energy storage technologies have lots of unexplored corners, and surely the future seems to be positive for humanity and climate.