Hyperverse is a game inspired by the concept of the metaverse. It combines many metaverses linked to form a single component, opening the door for a revolutionary virtual experience.

Hyperverse is a New York-based company that offers a virtual reality experience distribution platform. It was founded by Roman Mikhailov and Arsen Avdalyan in January 2016. 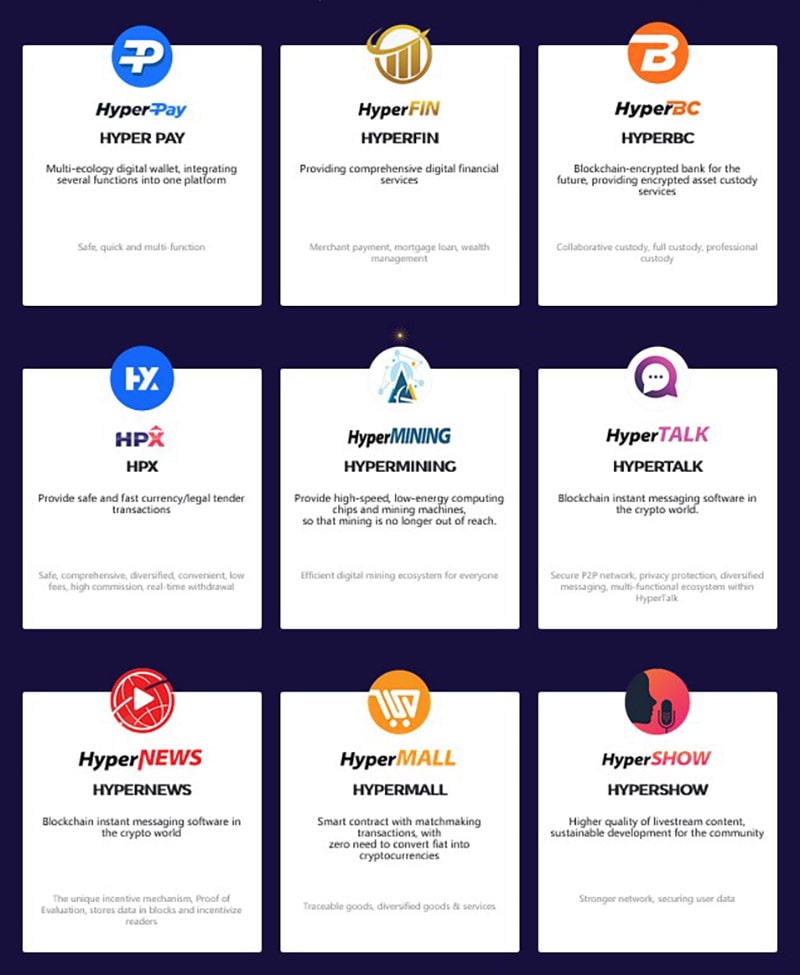 By owning a wallet with access to your private keys, you can instantly prove ownership of an activity or an asset on the blockchain. A wallet is one of the most secure and robust methods for establishing a digital identity and proof of ownership.

Just as we can establish who owns something, we can also show that an item is original and unique. Through NFTs, we can create unique objects that can never be forged.

In-game currencies in multiplayer games are less secure than crypto on a blockchain. If users spend a lot of time in the metaverse and earn money there, they will need a reliable currency.

In real life, we can have voting rights in companies and elect leaders and governments. The metaverse will also need ways to implement fair governance, and blockchain takes care of that.

Creating a wallet is open to anyone around the world on public blockchains. Unlike a bank account, you don’t need to pay any money or provide any details. This is a considerable advantage in managing your finances effectively.

HOW HYPERVERSE DEVELOPERS FUND THE DEVELOPMENT OF HYPERVERSE:

The developers promised people who invest in hyperverse to triple their invested money. They convert the investor’s money USDT, a stable crypto coin, into HU, an in-game currency known as hyper unit per day. Hyperverse has raised over $530k in total.

It’s one of the most well-thought scams which hides its true intention very effectively. It’s a Ponzi scheme which is also known as a pyramid scheme. But investors can easily fall into this scam without realizing it because of its well-designed system.

To Enroll within hyperverse, you need to purchase a membership that seems no threat to the average eye but is designed to hide the Ponzi scheme the investor is getting into.

The investor is promised to get their investment tripled within 600 days. How it is tripled is kept unclear, and once the investor falls into the greed trap, they are trapped in a commitment of 600 days.

They have lured investors with reviews and success members of the hyperverse with comments like, “I know two people who invested in HYPERVERSE, and they’re doing great. One put in 400 k, and he’s paying for a 15-million-dollar estate. The other put in 30k, and he’s already pulled out his initial investment. I’m doing great myself going well so far.”

Hyperverse is a scam by Ryan Zou and Sam Lee, who have been involved in disgusting scams like these several times.

With the rapid growth of cryptocurrency, it has become easier for scammers to scam people. Investors should be cautious before investing in crypto-based projects without full knowledge of how and why their investment will grow the promised amount and should consult experts for safe and profitable investments.