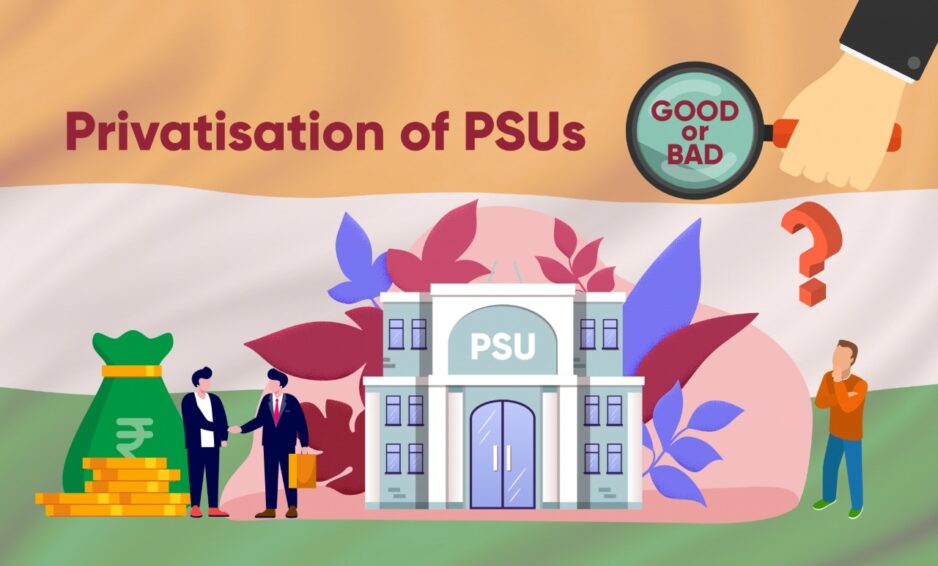 Privatization, the 13-letter politically combustible phrase,refers to the transfer of ownership, property or business from the government to the private sector. So when the government sells more than 50% of its equity shares to the public, that PSU (Public Sector Undertaking) is called privatized.

In privatization a publicly-traded company is taken over by a few people. The stock of the company is no longer traded in the stock market and the general public is barred from holding stake in such a company. The company gives up the name ‘limited’ and starts using ‘private limited’ in its last name.
Insights of this blog –

Now let’s see some of the merits and demerits of PSU privatization to figure out if the verdict is in favour or not.

IN FAVOUR OF THE IDEA:

“Privatization is a bitter pill but it is a pill that will cure”.
Let’s start with a general problem which everyone must have faced at any point of life.
Since the government officials don’t have the fear of being fired sometimes they don’t take their work seriously and we end up getting delayed responses.Whereas, private companies operate in much more effective manner because they have to compete in a fierce free market and in case they are not efficient enough they will go bankrupt. So, if this work is transferred to the private sector we’ll get skillful employment at less wages.
Moreover, India is a developing country . The efficiency is not up to the mark, so PSUs will help in reaching the tag “INDIA – A DEVELOPED COUNTRY” at a faster pace.Also, while appearingfor PSUs,one has to face reservation which is not a fair mode for seeking jobs. On the other hand private companies hire on the basis of skills.

PSUs in the first decade of 2000 were quite profitable. Then they started issuing more and more stocks which reduced its market interest. Now even in the bullish stock market where the NIFTY has a P/E ( i.e. price to earning ratio) of approximately 29, the major PSUs have a P/E ratio in the range of 5-8 .But after the sale of Air India the PSUs are being revalued by the firms and they see more profitability once more and more PSUs get privatized.

Privatization will also lead to decrease in political participation in the working sector, which will ultimately decrease bureaucratic effect. In the year of 2017 ,Sambit Patra, a national spokesperson of BJP, was appointed as an independent director of ONGC which will definitely affect decision making.
Examples come with explanations. Let’s move on to them.
As we have seen during 1991, our finance minister Shri Manmohan singh adopted privatization, globalization and liberalization to save the country from economic crisis and at last GDP was increased.Same goes with Adani group, their existing portfolio includes six airports, Lucknow (LKO), Ahmedabad (AMD), Mangaluru (IXE), Guwahati (GAU), Jaipur (JAI) and Thiruvananthapuram (TRV). The company is responsible for the modernization and operations of these airports for a period of 50 years.
Adding to the list we have an example of Maruti Suzuki. When Atal Bihari Vajpayee government decided to relinquish it’s control in 2002, the firm was valued at ₹4,339 crores. In the 17 years since, Maruti Suzuki’s company’s market capitalisation has increased to over ₹2.18 lakh crore and it is the market leader in the auto industry.Hindustan Zinc Limited turnover changed from ₹69 crore (before privatization) to ₹8000 crore (after privatization). From the above illustrations one can say “Government has no business to be in business”. If we had privatized PSUs earlier India’s situation would have been far better. So, it is high time to do it now.

Does privatization bring laurels to us or are we just selling family’s silver? In the name of privatization, the government is selling off state assets (owned by everyone) to a wealthier subset of the population , thereby increasing the gap between rich and poor. PSUs work for the public interests whereas private companies work for themselves. No private sector will be interested in opening banks in villages. So what about those people? During Covid-19 pandemic many employees were fired. Private companies are not reliable when we talk of job security.

Adding further, India is not a rich country. 68.8% of the Indian population lives on less than $2 a day. They prefer government hospitals,dispensaries,schools and public mode of transportation over high end services.According to the survey conducted by National Statistical Office (NSO) ,42% of the population rush to public hospitals for in-patient hospitalisation.Today railway is the cheapest mode of transportation. If all these will be privatized there will be a monopoly of some affluent people and they will take advantage and charge high prices knowing that the consumers will have no choice left but to do so.

In addition, PSUs are a national asset.Examples like ONGC, GALE, BPCL are in huge profit, if they get privatized the government will lose a major source of revenue. Coal India Limited (CIL) is the ‘Maharatna’ public sector undertaking, under the ministry of coal government of India and it is the single largest coal producing company in the world with a revenue of ₹93 thousand crores.
Let’s face the question,”Should profit making PSUs be privatized”?
According to Mr. Rakesh Jhunjhunwala,”These are the golden days of PSUs and they should not be privatized”.
Also, looking at the job opportunities, most of the government jobs do not require the candidate to hold a specific degree,they are instead just required to qualify for the respective competitive examination for their desired post. But the hiring process of private companies is based on educational qualifications which is not the cup of tea for everyone.

As the name suggests,’public’ sectors aim to serve the public or the “common man”.However the advantages that the PPP(Public-Private Partnership) model serves for the government and the citizens cannot be neglected. Many believe that privatization can be accepted as long as it does not violate the public interests. But then again, is this even possible? The subject is up for debate. Hopefully this blog gave you enough insight to make a judgement. 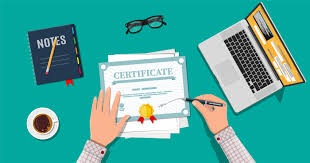 On February 14th Friday(Valentine’s eve), the members of CEV got together for their regular meeting and debated on the hot topic “Having a degree is sufficient”. Battle lines were drawn, pertinent points were made and things became heated. Here’s the list of all the arguments made by the group that spoke for the topic –