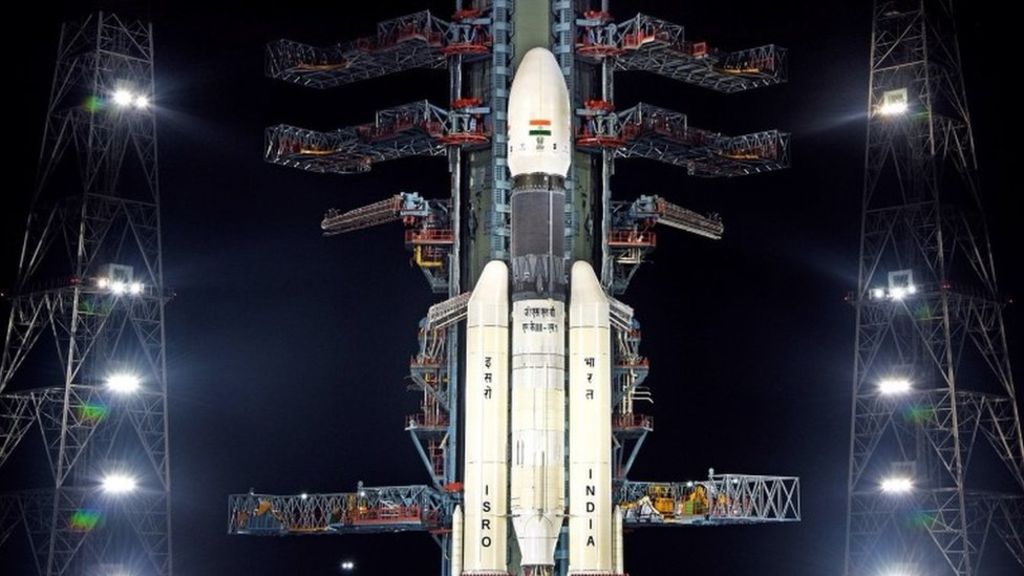 Since the past few days, there has been a buzz around everywhere, Not only in India but the world around. For some, it’s a challenge for others its pride. So, what’s it all about? You are right, for every Indian, it’s a moment of great pride and honour to launch our next moon mission Chandrayaan-2.  But before discussing it, let us brush up our knowledge on the whole series of Indian Lunar Mission “THE CHANDRAYAAN PROGRAMME”.

Since childhood we have been witnessing the white round moon ‘our chandamama’ grow big and small daily. Many of us had dreamt to go to the moon and play with the stars. But growing up we realise that the moon is not our neighbour next window but yes somewhere closer to our childhood. So, let’s fulfil our childhood dream and fasten our seatbelts to go to moooooooon!!!!!!

Being Earth’s only natural satellite moon provides the best linkage to Earth’s early history. It had witnessed each and every moment of our existence. It offers a great historical record of the inner Solar system environment. Though there are a few explained models, the origin of the Moon still needs further explanations. Extensive mapping of the lunar surface, to study variations in lunar surface composition is essential to trace back the origin and evolution of the Moon and this can further be helpful to study the origin and evolution of solar system and universe.

Chandrayaan programme is India’s Lunar Exploration Program. It is a series of outer space missions under the Indian Space Research Organisation (ISRO). The program consists of different parts which are a lunar orbiter, impactor, future lunar lander and rover spacecraft.

The Chandrayaan project was announced on 15 August 2003 by then Prime Minister Atal Bihari Vajpayee. This program was launched to boost Indian space programs and embarking India’s name in history.

Chandrayaan is a multi-phase mission-

Launched on 22 October 2008 Chandrayaan 1 was the first milestone for Indian lunar programme. It was launched by ISRO from Satish Dhawan Space Centre, Sriharikota. It was unique in its sense that it was researched and developed fully in India by Indian scientists and researchers. The vehicle was inserted in the lunar orbit on 8 November 2008. On 14 November 2008, the Moon Impact Probe (MIP) separated from the Chandrayaan orbiter at 14:36 UTC and struck the south pole in a controlled manner, making India the fourth country in the world to place its flag on the Moon. The probe hit near the crater Shackleton at 15:01 UTC (20:31 IST). The location of impact of the probe was named as Jawahar Point.

The estimated cost of the project was around ₹386 crore (USD 56 million). Along with other objectives, the area around polar regions was of high interest as it may contain ice and may result in the discovery of water on the moon. The lunar mission in total carried 11 payloads, five of them were ISRO payloads and six payloads from other space agencies including NASA, ESA, and the Bulgarian Aerospace Agency. The payloads form these agencies were carried free of cost.

The stated objectives of this mission were: –

The mission carried five scientific payloads from India, according to the ISRO these were:

What happened when: Timeline of  Chandrayaan – 1

14th November 2008: The Moon Impact Probe ejects from Chandrayaan 1 and crashes near the lunar South Pole — confirms the presence of water molecules on Moon’s surface

What we Achieved from this mission?

1. Water on the Moon

On 18 Nov 2008, the Moon Impact Probe was released from Chandrayaan at a height of 100km. During its descent to the moon surface, Chandra’s Altitudinal Composition Explorer (CHACE) recorded evidence of water on the moon. This discovery was later confirmed by JPL-Brown University payload – Moon Mineralogy Mapper (M3), a payload by NASA. M3 detected spectral lines near the wavelengths in the range of 2.8 – 3.0 microns, a property attributed to water and Hydroxyl ions. It is believed that the formation of Hydroxyl ions and water molecules on the lunar surface is an ongoing process.

According to European Space Agency (ESA) scientists, the lunar regolith (a loose collection of irregular dust grains making up the Moon’s surface) absorbs hydrogen nuclei from solar winds. The hydrogen nuclei and oxygen present in the dust grains interact and are expected to produce hydroxyl (HO−) and water (H2O).

2. Imaging of North and South Pole of the Moon

This was done by two different devices namely –

3. 3-D profile of Clavius (one of the largest craters on moon)

Lunar Laser Ranging Instrument (LLRI) mapped Clavius, the third largest crater on the near side of the moon, a feature observable with little aid and even with the naked eye.

The mineral content on the lunar surface was mapped with the Moon Mineralogy Mapper (M3), a NASA instrument on board of the orbiter. The Oriental Basin region of the Moon was mapped, and it indicates an abundance of iron-bearing minerals.

Chandrayaan-1 Imaging X-ray Spectrometer: The purple arrow shows the spacecraft track over the Moon; the different coloured rectangles show the area of the Moon that C1XS was looking at. The yellow and red areas show strong X-ray signals that correspond to Silicon, Aluminium and Magnesium, at the right hand end the green/turquoise area shows X-rays due to Calcium.

The mineral content on the lunar surface was mapped with the Moon Mineralogy Mapper (M3), a NASA instrument on board of the orbiter. The Oriental Basin region of the Moon was mapped, and it indicates an abundance of iron-bearing minerals.

Chandrayaan-1 Imaging X-ray Spectrometer: The purple arrow shows the spacecraft track over the Moon; the different coloured rectangles show the area of the Moon that C1XS was looking at. The yellow and red areas show strong X-ray signals that correspond to Silicon, Aluminium and Magnesium, at the right hand end the green/turquoise area shows X-rays due to Calcium.

In January 2009, ISRO announced the completion of the mapping of the Apollo Moon missions landing sites by the orbiter. Six of the mapped sites included landing sites of Apollo 12, 14 and 16 (can be referred in the previous image).

6. Radiation environment around the Moon

Radiation Dose Monitor or RADOM-7 (a payload from the Bulgarian Academy of Sciences) examined the radiation environment around the moon.

End of the mission

The mission was launched on 22 October 2008 and was expected to operate for two years. However, around 20:00 UTC (11:00 IST) on 28 August 2009 communication with the spacecraft was suddenly lost. Chandrayaan-1 made 3,400 orbits of the moon and continued transmitting data until 28 August 2009, when controllers permanently lost communication with the spacecraft. The probe had operated for 312 days.  Earlier it was expected that the craft crashed into the lunar surface but in 2016 it was found still to be in the orbit. Although the mission lasted less than its expected duration, but a team of scientists from ISRO stated the mission to be successful as it had achieved 95% of its desired objectives in this time duration.

Chandrayaan 1 was a major success not only for Indian fraternity but also to Space Science as a whole. It expanded India’s footprint in space and proposed a whole together new dimensions to space. Chandrayaan-1 was lauded with a number of awards and recognitions as below –

So, this was the first Lunar mission of India, tricolour for the first time fluttered on the moon’s surface. Stay tuned for the upcoming section on Chandrayaan-2, which will surely set new heights to the Indian Space Research and fill us with immense pride and honour.