This blog is intended to create a panorama in front of reader how humans developed a phenomenal system on earth, the modern communication system which had a great contribution in leading him to win the title of smartest organism on the earth.

So, let’s start with a point of time when humans lived in a group of 10-12 persons, that time there was no language and no means of communication with each other. In no time humans understand the importance of sharing individual useful information like hunt availability, water fetching, aware about impending danger and share experience with the new generation to help them sustain better. Soon evolution brought him a gift of vocal cords which he can use to produce something that can be detected by another gift. The “something” was a wide range of sound and the “another gift” was ears. Soon the humans developed scripts and the languages which can be taught to everyone and can be easily used to convey important information, and hence human became capable of speaking. As a result of this powerful lifesaving technique, the human’s population grew rapidly. As the civilizations expanded the humans spread over all over the earth. 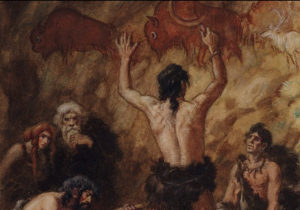 Now there rose another big problem, that was there was no effective communication between two civilizations, horsemen, doves all these were the conventional way of sending useful information. Now whatever information we have with us if has to delivered to others then we have to convert this info into physical existence first, for example sound, letters, etc. than only can be transmitted and perceived by others. The problem of using sound was that pressure differences can travel only to certain distance. So, we need something that can be transmitted over long distance without loss in energy. Then came a revolutionary idea which laid the second milestone in communication history first being the language, so the idea was to convert the pressure difference into newly invented voltage and current signals that can be transmitted much far and in economical way through wires. Telephones and fax industry grow like anything for tens of decades. 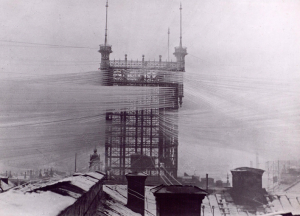 But we did not stop here and the third milestone was laid when we got the science of electromagnetism. The Faraday’s law “that changing magnetic field produce electric field and vice versa”. And another discovery that accelerated particles emit the magical electromagnetic waves that can travel at ultimate speed of light, “c”, this simple discovery has revolutionized human’s life.

WHAT IS SCIENCE OF ELECTROMAGNETISM?

So just now you witnessed how from hunters in jungles we become advanced in the communication technology. The point of discussion is the third milestone. So, the electromagnetic waves in simplest words is a pattern of variation of magnetic and electric fields just as pressure difference in case of sound, basically they are waves and also show behavior of particle, this is one of greatest truth of nature that humans have come to know, the dual nature of electromagnetic waves.

We have discussed earlier that accelerated charged particle emit these waves, and this is only way in which these waves are produced. To accelerate the charged particles the electron or the proton we can heat a material having plenty of free electrons (conductors) or supply it with alternating current. The first method is called thermionic emission in which velocity of electron is increased and hence more collisions and more acceleration, and the second is simply putting the free electrons in alternating electric field. The visible light, the ultraviolet light, the infrared, the radio waves all are now integrated into just one category the electromagnetic waves. These waves have many properties that we can utilize for using it as carrier in our modern communication like they attenuate very little in atmosphere thus can travel very large distance and another fascinating fact is its travel speed that is the ultimate speed of 299 792 458 m / s, also they don’t need any medium to travel. All these features gave a very powerful tool in hands of humans. Now, messages can be transferred at an amazing speed by just constructing large transmitter tower but with one drawback that is only up to point where line of site cuts earth tangentially. This again created dissatisfaction in human and again we pushed higher. 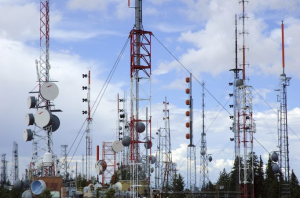 We must be proud of being humans, they again forged something that is even more thrilling and this time the artificial satellite communication system. This is as we all know is highly advanced system of communication and currently we are exploiting this technology. The telecom industry, weather forecasting, navigation, space observation all these are results of this advanced technology. 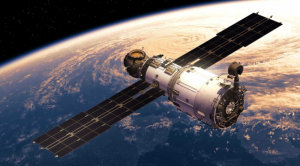 So, beginning from nothing to a highly advanced system humans have proved himself to be one of best creative and most intelligent creature by god, he will continue to try to increase the living standard and the legacy will continue.

Thanks for valuable time and patience to read.