“Fire breaks out in a building,” “Australia’s biggest forest fire ever rages.” We often hear about such devastative fire incidents in the media. We know that fire is dangerous and can cause severe damage and destruction and, at times, death. Since our earliest days, humans have sought to find out what fire is, how it starts, and what keeps it going.

Sometimes we might think that fire is a living thing! It moves, ‘eats’ things, and seems to breathe. The ancient Greeks thought it was one of four major elements, along with water, earth, and air. They could feel, see, and smell fire just like they could the earth, water, and air, but fire is something completely different.

Let us go on a journey to unveil the world of fire!

What is Fire? Which state is it? A solid or a liquid or a gas or plasma?

No, it is neither of them. Fire is just a perception of matter that is experienced by the eyes. Typically, fire results from a chemical reaction between oxygen in the atmosphere and a variety of fuels. When the volatile gases are hot enough, the compound molecules break apart, and the atoms recombine with the oxygen to form water, carbon dioxide, and other products. In other words, they burn, which results in a fire. The rising carbon atom is the reason for the production of light during the fire. Ignition temperature needs to be achieved for the combustion reaction to occur. During this reaction, the weak double bond of molecular oxygen gets converted into the stronger bonds of carbon dioxide and water, therefore, releasing energy, and this is the reason why fire is hot. The chemical reactions in a fire are self-perpetuating. The heat required by fuel is given by the heat of the flame itself, so as long as there is fuel and oxygen around it, the fire will continue. 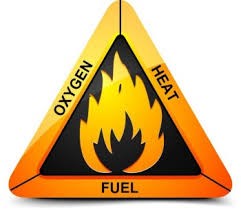 Once a fire has started, it grows through the transfer of heat energy from the flames. Heat energy transfers in three different ways- 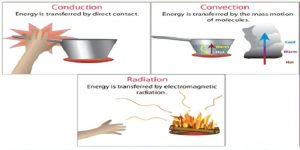 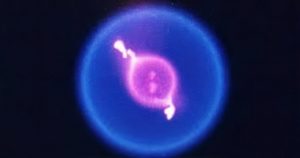 On earth, gravity determines how the flame burns. The product of combustion has more energy than the combustible substance and so moves around faster and takes up more space than the cooler air around them. Therefore, there is a buoyant force on them, which is higher than their weight. The hot gases in the flame are much warmer and less dense than the surrounding air, so they move upwards towards low pressure. This is why fire typically spreads upwards. However, in a zero-gravity region, there is no such thing as lighter or heavier air; thus, the fire heats the air, which just sits around the flame, causing it to burn slowly. This means the flame burns equally in all directions forming a globe instead of the flickering flame. Flames in the air can burn more slowly more coolly and with less oxygen because of which fire in space given the right conditions can expand in any direction as quickly as it can provide us to the nearby oxygen. The heat does not cause any rushing air or shockwaves. The cool thing found is that in space, combustion can happen with no visible flames. This phenomenon is demonstrated by the experiments conducted by NASA in the International Space Station, the Flame Extinguishment Experiment(FLEX). A more efficient combustion system that will not produce as much exhaust on earth can be made if these flames can be used as they burn cleaner. 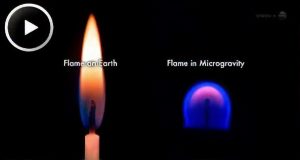 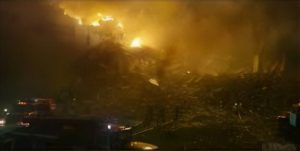 Forest fires include fire in a wood. Amazon forest fires and Bushfires in Australia are the major incidents, including the burning of wood. Fires in forests spread quickly due to the presence of combustible materials, which results in the realization of the fire triangle. 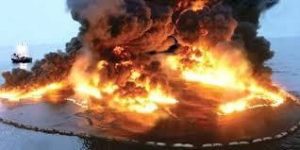 Fire is a perception of our eyes to the exothermic combustion reaction. This is part of the Mini Analysis Project “Study and analysis of the phenomenon of Fire and it’s practical Implications through Case Studies”

This was an introductory blog describing the true nature of fire!

So ending this with a sneak peek of case studies we are going to elucidate in further blogs:

Stay tuned until then.