“Rockets, they really don’t wanna work, they like to blow up a lot”

If you take look at all the List of spaceflight-related accidents and incidents – Wikipedia , you’ll realize there have been countless failures. That the answer to “How many”.

Rockets can fail anytime. Moreover, a rocket isn’t a simple machine at all. A massive structure having around 2.5 billion dynamic parts is likely to fail anytime if any of these parts says, “ I can’t do this anymore, I’m done”.

Coming to some of the well known Rocket Failures, this will help you learn how rockets fail! 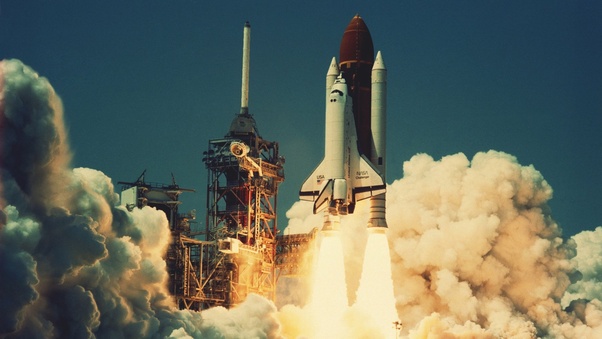 The spaceflight of Space Shuttle carried a crew of 7 members, when it disintegrated over the Atlantic Ocean. The disintegration was caused due to the failure of one of Solid Rocket Boosters(SRB). The SRB failed during the lift-off.

The failure of SRB was caused due to O-Rings. O-ring is mechanical gasket that is used to create a seal at the interface. And here, that interface was between two fuel segments. O-Ring was designed to avoid the escaping of gases produced due to burning of solid fuel. But extreme cold weather on the morning of launch date, the O-Ring became stiff and it failed to seal the interface. 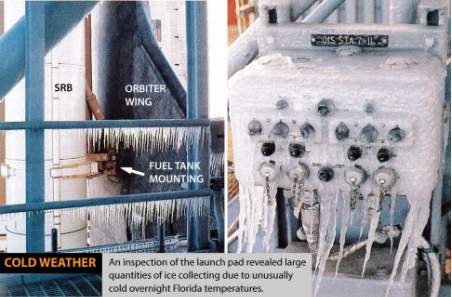 This malfunctioning caused a breach at the interface. The escaping gases impinged upon the adjacent SRB aft field joint hardware( hardware joining the SRB to the main structure) and the fuel tank. This led to the separation of the Right Hand SRB’s aft field joint attachment and the structural failure of external tank.

In the video below, the speaker mentions about the weather being chilly on that morning and icicles formed on the launch pad in the morning. One of SRB is clearly visible making its own way after the failure.

Unlike the above failure, this failure occurred during the re-entry. But again, the story traces back to the launch. During the launch, a piece of foam broke off from the external fuel tank and struck the left wing of the orbiter. 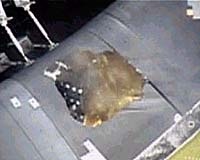 This is an image of orbiter’s left wing after being struck by the foam. The foam actually broke off from the bi-pod ramp that connects the orbiter and fuel tank.

The foam hit the wing at nearly a speed of 877 km/h causing damage to the heat shield below the orbiter. The piece of foam that broke off the external fuel tank was nearly the size of a suitcase and could have likely created a hole of 15–25 cms in diameter. 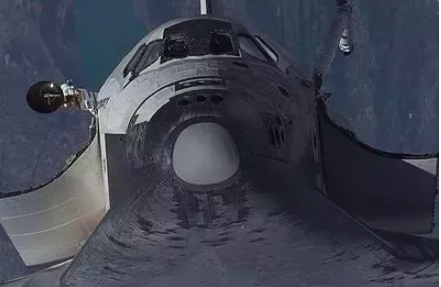 The black portion below the nose you see is the carbon heat shield of orbiter.

On Feb 1,2003 during the re-entry, at an altitude of nearly 70 km, temperature of wing edge reached 1650 °C and the hot gases penetrated the wing of orbiter. Immense heat energy caused a lot of dange. At an altitude of nearly 60 km, the sensors started to fail, the radio contact was lost, Columbia was gone out of control and the left wing of the orbiter broke. The crew cabin broke and the vehicle disintegrated.

You can clearly see the vehicle disintegrating. **The video is a big one, hang tight. 😉

Not many people know about this programme. It was started in 1969 by the Russians. N1 rocket remains the largest rocket ever built till date. The rocket had its last launch in 1972. During this tenure, the were four launches, all of them failed. Yes you heard it right, ALL OF THEM FAILED. 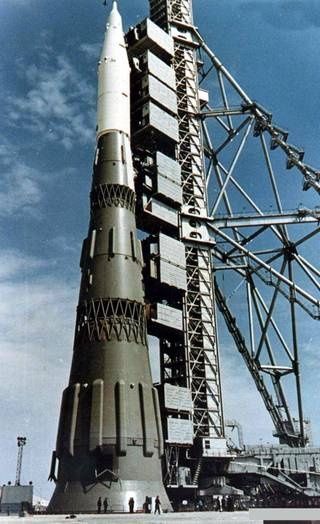 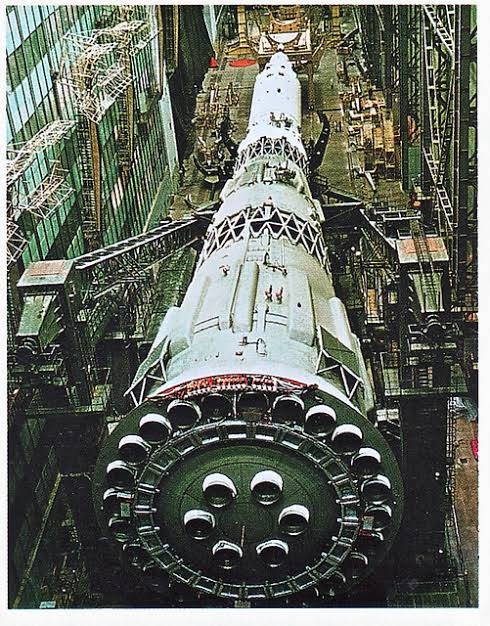 There were 24 on the outer perimeter and the remaining 6 around the centre.

In order to change the direction of rocket, the thrust was changed in the engines accordingly. The engines didn’t move like TVC at all.

Now coming to the failed launches:

The engines were monitored by KORD(Control of Rocket Engines). During the initial phase of flight, a transient voltage caused KORD to shut down the engine #12. Simultaneously, engine #24 was shut down to maintain stability of the rocket. At T+6 seconds, pogo oscillation( a type of combustion instability that causes damage to the engine) in the #2 engine tore several components off their mounts and started a propellant leak. At T+25 seconds, further vibrations ruptured a fuel line and caused RP-1 to spill into the aft section of the booster. When it came into contact with the leaking gas, a fire started. The fire then burned through wiring in the power supply, causing electrical arcing which was picked up by sensors and interpreted by the KORD as a pressurization problem in the turbopumps.

Launch took place at 11:18 PM Moscow time. For a few moments, the rocket lifted into the night sky. As soon as it cleared the tower, there was a flash of light, and debris could be seen falling from the bottom of the first stage. All the engines instantly shut down except engine #18. This caused the N-1 to lean over at a 45-degree angle and drop back onto launch pad 110 East. Nearly 2300 tons of propellant on board triggered a massive blast and shock wave that shattered windows across the launch complex and sent debris flying as far as 6 miles (10 kilometers) from the center of the explosion. Just before liftoff, the LOX turbopump in the #8 engine exploded (the pump was recovered from the debris and found to have signs of fire and melting), the shock wave severing surrounding propellant lines and starting a fire from leaking fuel. The fire damaged various components in the thrust section leading to the engines gradually being shut down between T+10 and T+12 seconds. The KORD had shut off engines #7, #19, #20, and #21 after detecting abnormal pressure and pump speeds. Telemetry did not provide any explanation as to what shut off the other engines. This was one of the largest artificial non-nuclear explosions in human history.

Soon after lift-off, due to unexpected eddy and counter-currents at the base of Block A (the first stage), the N-1 experienced an uncontrolled roll beyond the capability of the control system to compensate. The KORD computer sensed an abnormal situation and sent a shutdown command to the first stage, but as noted above, the guidance program had since been modified to prevent this from happening until 50 seconds into launch. The roll, which had initially been 6° per second, began rapidly accelerating. At T+39 seconds, the booster was rolling at nearly 40° per second, causing the inertial guidance system to go into gimbal lock and at T+48 seconds, the vehicle disintegrated from structural loads. The interstage truss between the second and third stages twisted apart and the latter separated from the stack and at T+50 seconds, the cutoff command to the first stage was unblocked and the engines immediately shut down. The upper stages impacted about 4 miles (7 kilometers) from the launch complex. Despite the engine shutoff, the first and second stages still had enough momentum to travel for some distance before falling to earth about 9 miles (15 kilometers) from the launch complex and blasting a 15-meter-deep (50-foot) crater in the steppe.

The start and lift-off went well. At T+90 seconds, a programmed shutdown of the core propulsion system (the six center engines) was performed to reduce the structural stress on the booster. Because of excessive dynamic loads caused by a hydraulic shock wave when the six engines were shut down abruptly, lines for feeding fuel and oxidizer to the core propulsion system burst and a fire started in the boat-tail of the booster; in addition, the #4 engine exploded. The first stage broke up starting at T+107 seconds and all telemetry data ceased at T+110 seconds.

Besides the mechanical failures, the rockets might fail due to a minute discrepancy in program’s as in case of Ariane 5.

Ariane 5: After 37 seconds later, the rocket flipped 90 degrees in the wrong direction, and less than two seconds later, aerodynamic forces ripped the boosters apart from the main stage at a height of 4km. This caused the self-destruct mechanism to trigger, and the spacecraft was consumed in a gigantic fireball of liquid hydrogen.

The fault was quickly identified as a software bug in the rocket’s Inertial Reference System. The rocket used this system to determine whether it was pointing up or down, which is formally known as the horizontal bias, or informally as a BH value. This value was represented by a 64-bit floating variable, which was perfectly adequate.

However, problems began to occur when the software attempted to stuff this 64-bit variable, which can represent billions of potential values, into a 16-bit integer, which can only represent 65,535 potential values. For the first few seconds of flight, the rocket’s acceleration was low, so the conversion between these two values was successful. However, as the rocket’s velocity increased, the 64-bit variable exceeded 65k, and became too large to fit in a 16-bit variable. It was at this point that the processor encountered an operand error, and populated the BH variable with a diagnostic value.

That’s your answer to “why”. Rockets can fail anytime due even a small malfunction in one of those 2.5 billion dynamic parts or even a small programming error.

Hope you enjoyed the writings up there!

Check out this link Space Technology and Aeronautical Rocketry- STAR