It was my 16th birthday. I took a tepid bath, wore my new black shirt with a cream white pant, put on my party wear shoes and was ready for hosting a party in a nearby restaurant. Me, having fun with my friends on the dining table was about to have a slice of Garlic Bread when my eyes took a glance of the television running on the far side near the counter. It was unusual as the television was not tuned to any music or sports channel as it happens most of the times in restaurants. Rather the screen flashed Breaking News into my eyes. The news quoted some of the words spoken by the Prime Minister of a country with a population of 1.3 billion. The news read: 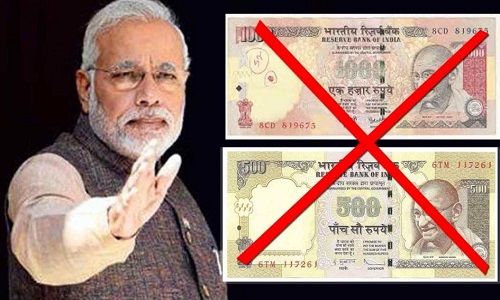 I didn’t get those words at that point of time and rather chose to concentrate on my Garlic Bread. But soon with the passage of time, we all realized its true meaning and purpose and the extent to which it has impacted our lives. In this blog, I am going to brief you about the biggest demonetization in the history of the world.

The plan to demonetise the 500 and 1000 rupee notes initiated 6 to 10 months before the report by SBI analysed possible strategies and effects of demonetisation. RBI started preparing for new banknotes in May 2016 whose printing started in October.

A Union Cabinet meeting took place on 8 November 2016 where everyone was informed about the plan by Narendra Modi. Soon after the meeting, Modi announced demonetisation in an unscheduled live national televised address. 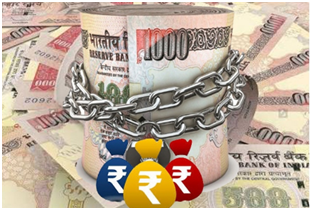 It was announced that the demonetised banknotes could be deposited in a bank over a period of next 50 days until 30 December 2016. A certain limit was kept by RBI for exchanging old demonetised notes with new legal tender notes. The limit was kept at Rs. 4,000 per person till 13 November, which was increased to Rs. 4,500  till 17 November and reduced to 2,000 till 25 November.

The government claimed that the move will curtail the shadow economy and reduce the use of illicit and counterfeit cash to fund illegal activity and terrorism. The move aimed at converting India from a non-tax-compliant society to a tax-compliant society. It was also aimed at serving the purpose of reducing the number of high denomination notes and boosting the digital payment sector in India. There was also a need to reduce the flow of counterfeit banknotes in the economy.

Why eliminating black money is important?

Curbing black money is necessary as it causes a regressive distribution of income in the society which leads to widening of the gap between the rich and the poor. Black money also leads to the under-estimation of the true size of the economy and therefore distortion of production pattern.

Black money is a parallel economy which operates side by side the real economy. This dual economic pattern causes inflation to increase by certain basis points which the government can’t account for as they have no legal data of that spending.

After demonetisation, India witnessed growth in tax collection of 14.6% in FY17 and 17.1% in FY18 as compared to 8.9% and 6.9% in FY15 and FY16 respectively. But seen from a historical perspective, a 14% or even 17% annual increase in direct taxes isn’t extraordinary for the Indian economy. 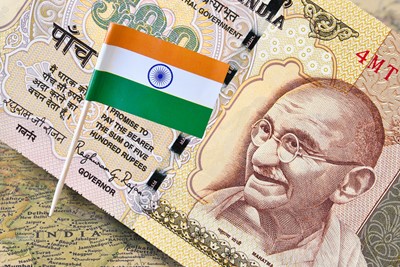 Overall we all know that demonetisation has been a big failure for the Indian economy. Some economists severely criticised the move while some said the method of implementation was inappropriate. Whatever it was, people had to suffer to a great extent.

Government from time to time has implemented flawed policies which have caused a strong economic disturbance in the past 4 years. Their policies have lacked proper planning and implementation into the system. Implementation of GST was another example of mismanagement on the part of the government. The economy is now bleeding with a 23.9% YOY decline in GDP for Q1 of FY21. Is it a result of one more misguided policy in the form of Atmanirbhar Bharat Abhiyaan?