Taking forward the tradition of the CEV, of having the GDs on all sorts of topics, it was an “abstract discussion” we agreed to ponder on …

No one could have guessed it to be the topic of discussion. Everyone was clueless, rolling the eyeballs, thinking about the absurdity of the case.

Ohh, wait a minute. Eye-BALL. There it is.

But we were yet to get there. The first thing to pop up in our mind was the game of Cricket. Because this is India, and it’s given that the majority would relate to Cricket when they hear the word ‘Ball.’

But, our perspective about it was soon going to be altered. At this point, we were unsure about the learning only to reconceive how we observe the world around us.

Have you ever wondered, that in our universe(explicitly mentioning – the known universe) most of the matter, be it a tiny atom(which we imagine to be) or the planets, the moons, or the stars, all are almost spherical! Or we can say, all are in the shape of a Ball. Isn’t it interesting?

In the case of Planets and other Celestial bodies, they are round because of Gravity. A planet’s gravity pulls from the center to the edges like the spokes of a bicycle wheel. That makes the overall shape of a planet a sphere. But, in general, we can also say that the Sphere is the most stable, most efficient, and widely found state/shape. A sphere has the lowest possible surface area required to bound any given volume. Therefore, it’s the most energy-efficient configuration. The average strength of a sphere is the strongest of any three-dimensional shape, i.e., it doesn’t matter where you apply pressure on its body; the stress will be the same.

Now let’s come back to our very own home, the ‘Pale-blue Dot’ somewhere in the middle of the Cosmos. And also, let’s go back in time.

Human history. It is a perfect example of how the least exciting things can significantly impact our daily lives. Balls have such an effect. The first known use of the word ‘ball’ in English in the sense of a spherical body that we play with, was in 1205 in Laȝamon’s Brut, or Chronicle of Britain in the phrase, “Summe heo driuen balles wide ȝeond Þa feldes.”

None of us can imagine our childhood without balls. They used to be among our favorite toys, whether cricket balls, smiley balls, footballs, or any other ball. They have been an integral part of our life, fulfilling our needs for enjoyment and entertainment in every possible way. 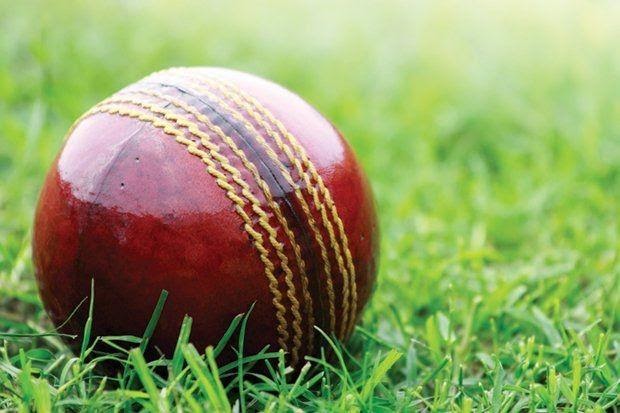 Growing up, we became familiar with sports like football, cricket, and basketball, among many. They helped us grow physically and mentally while making our bodies and minds healthier. Being a 90s kid, we can’t ever forget the computer mice with small rolling balls inside, and the endless efforts it took to take them out, to just look at it.

Other than these, where do you think you can find them? They’re all around you and also inside, they’re a part of you.

You don’t believe it?

Consider the Ball and Socket joint in our bodies, a joint in which the rounded surface of a bone moves within a depression on another bone, allowing greater freedom of movement than any other joint. Also, the body part you see from is in the shape of a ball, i.e., an Eyeball.

Balls make our lives easier, as they are also vital components of many machines that we use. The Ball-bearings, Locks, Ball-Screw mechanism, Robotic joints, Pens, etc., all have balls inside them. You Might also have observed; the food you eat. Yes. Can we not say that there are so many eatables/dishes that take the shape of balls, or even constitute the word ‘ball’ in their name? Here’s the list: Laddoo, Gulaab-Jamun, Rasogulla, Cheese Balls, Gol-Gappe, Meat Balls, Hush Puppies, Pakode, Manchurian, and many more. 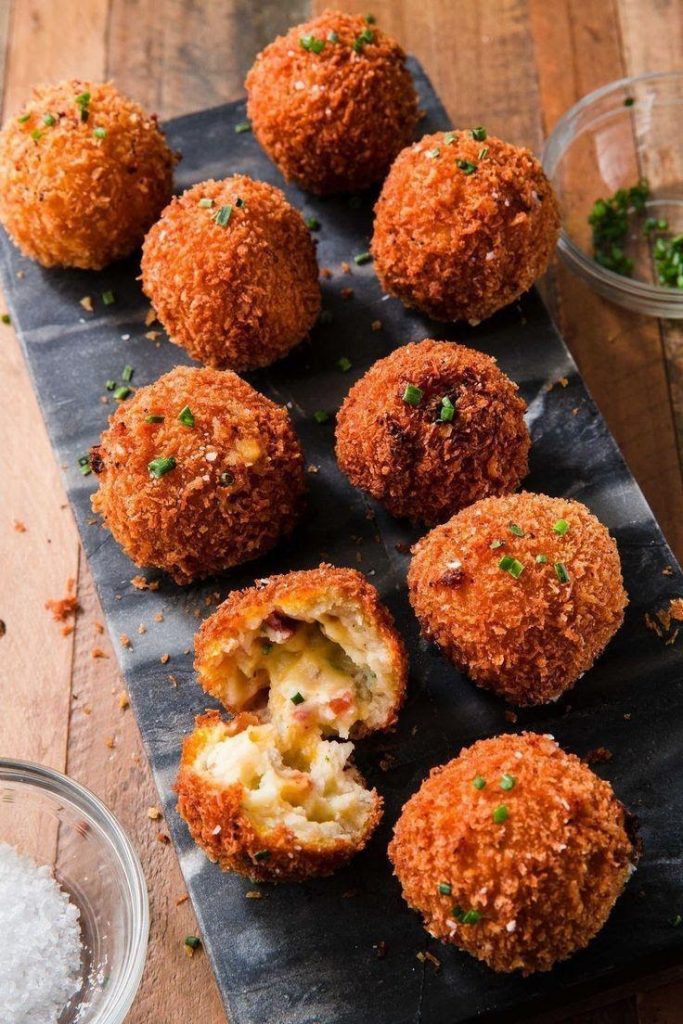 Let’s have a look at how the balls have inspired and entertained us through Stories, Movies, and Art.

Balls are also related to dance. Here is how: A ballroom or ballhall is a large room inside a building, the primary purpose of which is holding large formal parties called balls. Traditionally, most balls were held in private residences; many mansions contain one or more ballrooms. Ballroom dance’s social origin lies in the European court dances of the 17th and 18th centuries. They are popular mainly in the West and performed by people of all age groups. The ‘Collegiate Ballrooms’ are designed for students organizing various competitions like  MIT Open Ballroom Dance Competition, Big Apple Dancesport Challenge, Cardinal Classic, Berkeley Classic,  Harvard Invitational, etc. This helps to spread interests among the students and to familiarize them with the dance steps. If you are a ‘Potterhead’, you might remember the ‘Yule Ball’, a Ballroom Dancing event organized with the ‘Triwizard Tournament’. 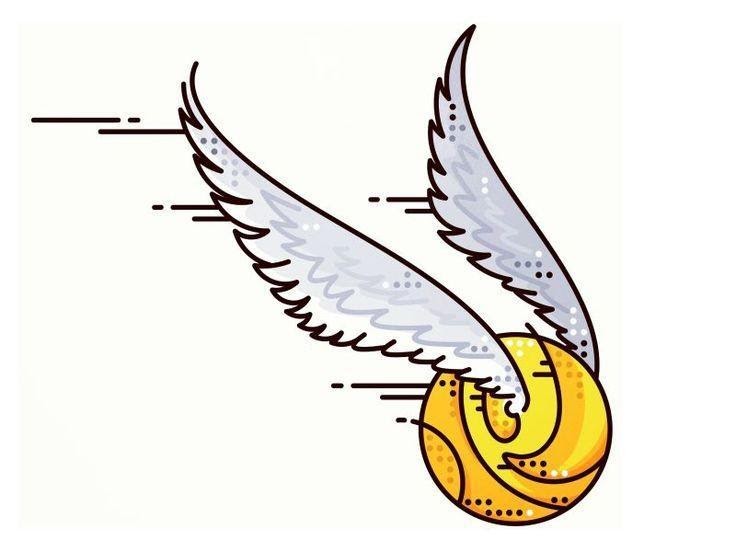 And how can we forget about the game the protagonist and his father played; in the same series. “Quidditch”. The quidditch match between Gryffindor and Slytherin was among the most memorable moments from the book. There are three different balls: the Quaffle, the two Bludgers, and the Golden Snitch. The Quidditch game ends only when anyone from the two teams catches the “Golden Snitch,” which somehow relates to our very life. Our lives are all about ‘catch’ and ‘drop’ moments; when you can catch the right opportunity, overcome all the obstacles in your path, you win, or you go for another try. That is why every one of us can relate to these lines:

“ This …is the Golden Snitch, and it’s the most important ball of the lot. It’s tough to catch because it’s so fast and difficult to see. It’s the Seeker’s job to catch it. You’ve got to weave in and out of the Chasers, Beaters, Bludgers, and Quaffle to get it before the other team’s Seeker, because whichever Seeker catches the Snitch wins his team an extra hundred and fifty points, so they nearly always win.”

Ball teaches us life lessons, isn’t it amazing? Here is one similar line: “The long game was ended, the Snitch had been caught, it was time to leave the air.”

So, what did we gain here? We got to know how the small things(in this case, a ball) creates a significant impact on our lives. They are present around us everywhere and every time. They sometimes teach us valuable lessons. We just need to change our perspective on how we observe the world around us. The key is to stay curious and live in the moment.

Life is like a cricket match and you’re the batsman. It will keep throwing balls at you, and every ball will not be easy to play. What you need to do here is just hold your position and the scoreboard will keep moving. What this means is that there will be numerous difficulties along the way but you have to withstand. The better you endure the situations, the farther you will move ahead.