Let us start with basic definition of these cells:

We discuss later on what is the difference in between them in terms of electrochemistry. 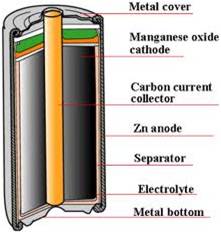 So, here we have Zn metal at anode which reacts with electrolyte ammonium chloride as follows:

At  cathode MnO2 is there which will reat with two e-‘s on cathode eletrode surface i.e.

Add both anodic and cathodic half cell reactions we get:

The above process is discharge of cell but if we consider discharge of a battery we have to reverse the above reactions but thermodynamically this process is infeasible, and that’s why we cannot charge primary cells.

Lead–acid batteries, invented in 1859 by French physicist Gaston Plante, are the oldest type of rechargeable batteries. This is most widely used commercial battery used in    automobiles and heavy electronic devices because of its high current rating. 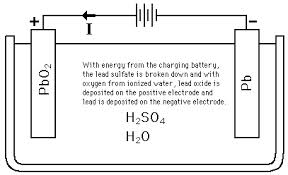 Applying Nernst equation at room temperature for this case we get 2v.

I.e. Per cell voltage is 2v.Therefore 6 cells are stacked together to form 12v battery having 13.9 amp-hours per kg.

Similarly we can think of Lithium ion battery, they are one of the most popular types of rechargeable battery for portable electronics, with one of the best energy densities, and only a slow loss of charge when not in use. 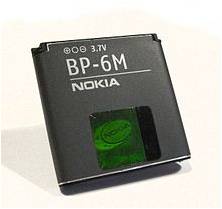 Now next is Reserve batteries :

A fuel cell is a device that converts the chemical energy from a fuel into electricity through a chemical reaction with oxygen or another oxidizing agent.

Hydrogen is the most common fuel, but hydrocarbons such as natural gas and alcohols like methanol are sometimes used.

Fuel cells are different from batteries in that they require a constant source of fuel and oxygen to run, but they can produce electricity continually for as long as these inputs are supplied. For e.g. in Zn-Air fuel system if continuous supply of O2 at cathode and simultaneously removal of ZnO (by product) from anode we can get power continuously. 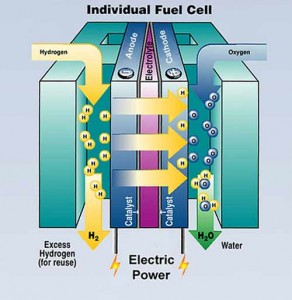 So, until now we have discussed types of batteries, let us now understand basic things which very essential to understand any battery :

1) Ampere hour: It is the amount of current supplied by the battery in one hour.

e.g.: 30mAhr means when connected to a load of rating 5 mAhr then load will work for 6 hrs .When cells are stacked together then ampere hr rating is return of per kg of cell.

2) Energy Density:  It is how much energy can be stored per unit volume or mass of a battery. It is expressed in joules per unit mass. MJ/kg

3) Power Density: It is basically how quickly energy is taken out from battery.It is expressed in kW/kg

4) Self discharge rate: it is process in which cell stored internal energy is decreased. self- discharge in a battery occurs is dependent on the type of battery, state of charge, charging current, ambient temperature and other factors.

Among rechargeable batteries, lithium batteries suffer the least amount of self-discharge (around 2–3% discharge per month), while nickel-based batteries are more seriously affected by the phenomenon (nickel cadmium, 15–20% per month; nickel metal hydride, 30% per month).

1)     CELL VOLTAGE : it depends upon concentration of chemicals.

For e.g. we have AA and AAA type of dry cell, so what is the difference in between them??? 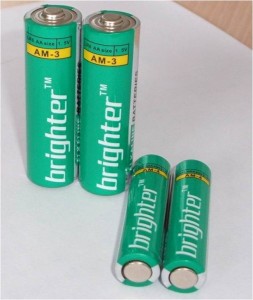 3)     Polarization curve: It is plot between voltage outputs of the battery versus % discharged.

Figure shown here is the polarization curve for most commonly used batteries. We can see here initial voltage drop then it remains constant and then finally voltage drops fast. 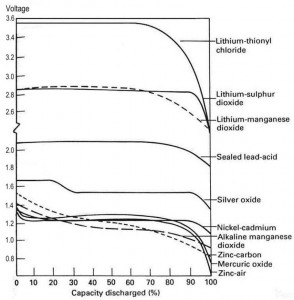 The battery terminals are generally labeled as : + , – , T , and D or Do.
T is connected to an internal temperature sensitive component ( thermistor) . This is to prevent overheating of the battery so it is very important on safety point of view
D or Do is a newly introduced contact. It is a data line which allows Smartphone and battery to exchange information about current, voltage, temperature, residual battery capacity etc…. It has been introduced to improve % remaining battery capacity readings. 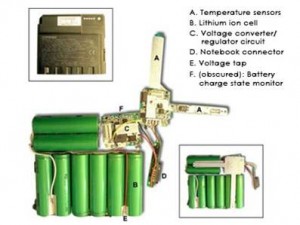 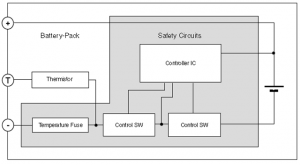