This is a topic 90% people have being aware of or atleast heard of. So as stated hobbies are the best things to go social and watching cinema is one of most dreamed interest of millions of people. The blog along with minutes of open GD also have potential to act as catalyst to initiate you to begin a journey of cinematic universes beyond our real world. Many people love to watch movies thus this industry have seen a steep increase both in revenue and their service quality i.e. level of entertainment they are packed with.

So, along with numerous movies on various themes like romance, comedy, drama, action a large stream of people are huge fans of watching super heroes movies, so basicaly these movies are tightly packed with thrill and great passion, most of people can easily put themselves in superhero character of movie and hence get influced to a great level, the purpose for which they are intended.

If you are already a pro then it is not neccessary to go throught this paragraph, but still you can.

Now these universes are pure creative works and have their origins in novel, comics, films, television series, animated series, video games, etc. There have being numerous such works in history starting with 1930s Universal Monsters to Unbreakable in 2000 to Marvel Cineamtic Universe in 2008, DC Extended universe in 2013, and newest MonsterVerse in 2014. Among all these shining stars the bightest are THE MARVEL and THE DC.

Let me introduce you Marvel Cinematic Universe (MCU), it is an American media company that majorly produce series of superhero films, the characters of which had appeared in American comics books pulished by Marvel Comics, it also expands to television series, games etc. By now we have 18 films that has been made to show cast the marvel cenematic universe. 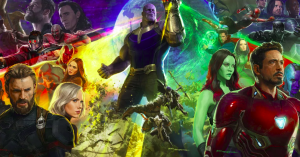 Each of them are eually packed with ultimate thrill and entertainment and fans can also easily connect between them.

On the counter part we have the DC Universe (DCU) more presicely The DC Extended Universe (DCEU), it is also an American media company owned by Warner Bros Company and produces series of superhero films, the character of which had appeared in American comics books by DC Comics. The initials DC came from the company’s popular series Detective Comics, which featured Batman’s debut and subsequently became part of the company’s name. 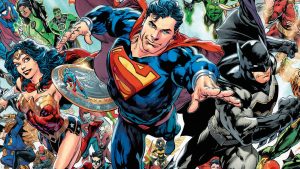 From here begins stuff for pros also. So we basically sat down to restropect the two universes and these are the points that followed-

1. The very first reason over the upper hand of Marvel over DC movies is that they have taken time to set the plot for bigger movies, them had very amazingly made the viewers understand the timeline and worked enough to help them connect between the universes. Whereas DC started with man of steel in 2013, although being a good work but DC needs time to stand.

2. Marvel movies follow a particular style in all, as Kevin Fiegi directs all the films hence one can easily notice the uniformity along with this they have highly popular talents to display the chracter of MCU, they are more realistic, more humor, more variety and every new movie has inherent continuation with the timeline.

Whereas DC has no such particular style, its director Zack Synder and David Iyer many times strife over thier personal work, in other words DC movies individualy are great but as a whole lack continuation and relevence.

3. Marvel even after maintaining uniformity in basic trademarks it keeps variety in other aspects, for example most film have humor in them but one can also experience dark tone, like in Civil War. Whereas DC movies are better known for their intense and dark tone, but to attract more viewers the company in Wonder Women movie unnesessarily added humor in some scenes, that went wrong. 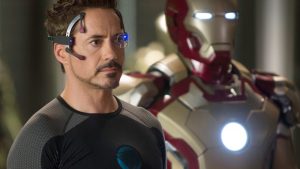 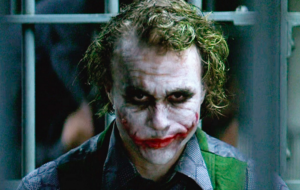 5. Marvel also have some drawbacks like it doesn’t have copyrights of many of its characters like X-Men, but like the agreement on spiderman with sony it might resolve with Fox for X- men in future but the problems for DC doesn’t seems to settle down in coming future which include bad editing, bad direction, uncertainity, delay in projects, inconsistency, no cooperation with Warner Bros company, etc.

6. But DC also has a huge potential to create its own universe, though we have Ironman, Captain America, Thor, Hulk very famous but if you remember, Superman and Batman were the first super heroes you all have being came to know about. Not only in heroes but DC have highly iconic villians too, even for the greatest fans of ironman, the joker of DC would be more compelling than any other villan in whole industry. Along with him DC has Darkseid, Lex Luthar, Sinestro, etc whereas in counter-part, Marvel have Thanos, Ultron which are not that much wicked compared to DC’s.

7. DC also leads marvel in animated series and TV series, it has produced some most fascinating work in this field, which inculde Justice League, The new Batman Advantures, Superman : The animated series, Green Lantern : The Animated Series  and many more. DC is also fable and unbeatable in comics world, it is reason of survival of DC in movie industry.

CONCLUSION : We can say from the evaluation why the two giants are called bightest stars in cinema industry. Both have huge potential to compete with each other, and of course it is “WE”, the fans who will decide the fate of Marvel and DC.

Thanks for the time and patience.