About this article:This blog intends to aware the mass about the potential of nuclear energy to power India.

So, it becomes necessary to start with some facts and figures.

India currently is surplus in generating electricity and also marginally exports electricity to Nepal, Bhutan and Bangladesh. Up to this everything is fine for India.

WHAT THE PROBLEM IS?

Now consider the year 2017 data, India imported nearly 198.8 million tons of crude oil, 25.7 Mtoe of LNG and 129.8 Mtoe of coal hence totaling to 354.3 Mtoe of energy which is equal to 47% of total energy consumption. India’s 75% of electricity is generated by thermal power plants which uses various fossil fuels like coal, diesel and gas. A large percentage of fossils fuel is imported and this large dependency of India on fossils fuels puts it in on unsafe side. India’s overall energy self-sufficiency is 66% which is not that much impressing.

The problem worsens when we consider the fact that the countries with biggest share in exporting fossils fuel to India are facing critical problem of terrorism and it seems that it would increase in coming future and it may lead to decreased exports to us. 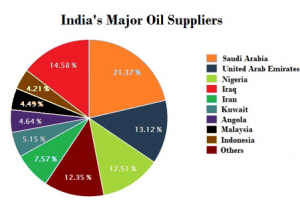 Another severe problem is that fossils fuels are non-renewable sources, they are going to exhaust completely one day.

India can choose to switch to renewable sources like solar, wind, otec, biomass, etc. to reduce its dependency on the fossil fuels. But all these technologies are yet not that much efficient to meet the 753.7 Mtoe demand.

Finally, India has another option to increase its nuclear power capacity. Currently 14% of world’s electricity is provided by nuclear power plants. USA the largest producer, relies on nuclear power for about 20% whereas countries like France have as high percentages as 75.2.

Nuclear power plant obtains its energy from splitting of uranium atom a process called fission, this chemical reaction generates heat to produce steam, which is used by turbine generators to generate electricity. They produce far more clean energy than fossil fuels and the used up nuclear fuel can be recycled reused and also can be safely disposed. 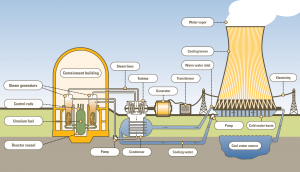 WHY INDIA NOT SWITCHING TO NUCLEAR POWER?

The very first reason is that people don’t support government’s any policy for it, most people in India staunchly believe that nuclear power is threatening mode of energy production and subject to impending blast always. There have been numerous protests against major nuclear power plant in India. This is the irrational Indian mindset I want hammer upon by this blog. 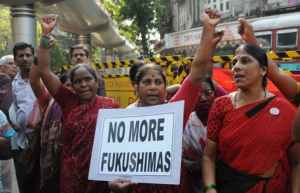 But in nuclear power as in other industries, the design, operation of nuclear power plants aims to minimize the likelihood of accidents.

Nuclear power kills far fewer people than any other energy sources according to a review by international energy agency (IAE).

In a report of 2002 by IAE claimed that considering the life cycle of fuel from extraction to post use and included deaths from accidents as well as long term exposure to radiation or emission, nuclear energy came out to be the best and coal was deadliest among energy sources.

There have been three major accidents in history of nuclear power-

# Three-mile island- in 1979 at Three Mile Island nuclear power plant in USA, a cooling malfunction caused part of the core to melt in reactor. Some radioactive gas was released a couple of days after the accident, but not enough to cause any dose above background levels to local residents.

# Chernobyl accident- The Chernobyl accident in 1986 was the result of a flawed reactor design that was operated with inadequately trained personnel. The resulting steam explosion and fires released at least 5% of the radioactive reactor core into the atmosphere. Around 4000 people died due to accident in 20 years from accidents.

# Fukushima nuclear accident- Following a major earthquake, a 15-metre tsunami disabled the power supply and cooling of three Fukushima Daiichi reactors, causing a nuclear accident on 11 March 2011. All three cores largely melted, till now around 2200 people have lost their lives. 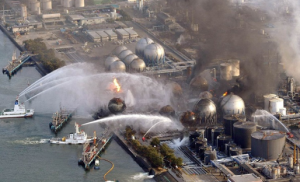 These were 3 major accidents to have occurred in over 17000 reactors over 33 countries, and most were caused due worker’s improper management. The evidences over six decades shows that nuclear power is a safe mode of energy generation, the risk of accidents is very low or declining.

From coal and petroleum products we have steady death rates years after years as these are in form of heart attacks, lungs dysfunction, etc. hence they become invisible to us, whereas a large-scale nuclear meltdown with negligible probability is the event we are scared about.

FROM ANOTHER POINT OF VIEW

By switching to nuclear power India can reduce greatly on relying on oil countries by increasing the electricity production to meet the needs of supply of power for electric cars in India. Hence decreasing the pollution and become a more better place to live.

Thanks for giving your precious time to read this blog.

2 thoughts on “Nuclear Power In India”