Here we will be discussing how much our money is worth and the factors which decide its value and quantity available in the market.

The common forms of money are cash, digital wallets, and cryptocurrency. Money is the most liquid asset available today; Liquidity is the ease with which we can trade our assets for goods and commodities. Other assets are not as liquid as money. For example, if you want to buy a refrigerator with the help of gold first, you will need to trade it for its equivalent amount of cash. Then with that cash, you will be able to buy that refrigerator, and most commodities available for sale today can easily be purchased with the help of money.

Now coming back to the topic:-

The value of money is determined by the demand for it, just like the value of goods and services. There are three ways to measure the value of the dollar. The first is how much the dollar will buy in foreign currencies. That’s what the exchange rate measures. Forex traders on the foreign exchange market determine exchange rates. They take into account supply and demand, and then factor in their expectations for the future. 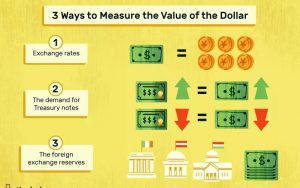 For this reason, the value of money fluctuates throughout the trading day. The second method is the value of Treasury notes. They can be converted easily into dollars through the secondary market for Treasurys.

The third way is through foreign exchange reserves. That is the number of dollars held by foreign governments. The more they hold, the lower the supply. That makes U.S. money more valuable. If foreign governments were to sell all their dollar and Treasury holdings, the dollar would collapse. U.S. money would be worth a lot less.

What Is the Forex Market?

The foreign exchange market is where currencies are traded. Currencies are essential to most people around the world, whether they realize it or not because currencies need to be exchanged to conduct foreign trade and business. If you are living in the U.S. and want to buy cheese from France, either you or the company that you purchase the cheese from has to pay the French for the cheese in euros (EUR). This means that the U.S. importer would have to exchange the equivalent value of U.S. dollars (USD) into euros. The same goes for traveling. A French tourist in Egypt can’t pay in euros to see the pyramids because it’s not the locally accepted currency. As such, the tourist has to exchange the euros for the local currency, in this case, the Egyptian pound, at the current exchange rate. 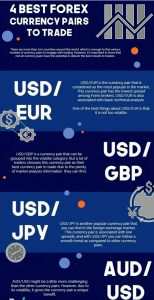 Until 1971 the dollar’s worth was measured against gold. Still, in 1971 that law was abolished. With that, it was no longer estimated with gold reserves, and soon after that, multiple countries followed the same. Nowadays, most of the valuable currencies are not depend on those countries’ gold reserves. The factors which decide its worth also include inflation, monetary policy, and other economic and political factors.

In India, we use the same measures to decide how much currency should be released in the market so that sufficient economic growth is achieved and a 2% rate of inflation is assumed to be necessary and safe for sustainable economic development. The Reserve bank of India has the authority to issue currency. The current system of the Indian government to issue notes is the “Minimum Reserve System.” Under this policy, the minimum reserves to be maintained in the form of gold and foreign exchange should consist of rupees 200 crores. Out of this reserve, the value of gold to be maintained is rupees 115 crores. This system was introduced in 1956, replacing the proportional reserve system, and continues to date.

Inflation is a quantitative measure of the rate at which the average price level of a basket of selected goods and services in an economy increases over a while. It is the rise in the general level of prices where a unit of currency effectively buys less than it did in prior periods. Often expressed as a percentage, inflation thus indicates a decrease in the purchasing power of a nation’s currency.

As prices rise, a single unit of currency loses value as it buys fewer goods and services. This loss of purchasing power impacts the general cost of living for the common public, which ultimately leads to a deceleration in economic growth. The consensus view among economists is that sustained inflation occurs when a nation’s money supply growth outpaces economic growth.

Because of inflation, your cash today is worth more than it will be in the future. But the day-to-day value of money fluctuates as well because of the volume of demand for it.

Thanks for reading, and will feel appreciated if followed by questions?