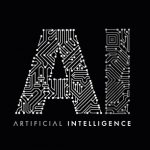 Artificial intelligence was founded as an academic discipline in 1956, and in the years since has experienced several waves of optimism, followed by AI winter( the loss of funding), followed by new approaches, success, and renewed funding. For most of its history, AI research has been divided into subfields that often fail to communicate with each other.

Now, let us inspect this issue from the perspective of a sane everyday human, rather than viewing scientific definitions and catchwords. This new neighbor is scary but at the very time exciting and enthralling. Many people desire to tour his/her house and fancy to socialize with him/her but are apprehensive of the consequences which may follow (death perhaps).

These rules have also been portrayed in the movie I, Robot.

There are always two factions to a thought and humans like to t explore them both. Even AI has become a part of that ever persisting dispute on the greater good of humanity.
Can AI create its own personality? Is that ensured? Is that ethical? If it creates its own personality, then it ain’t practicing the human’s order, should it be discontinued? Should it be sustained?

Then arises the most debated problem, the existential uncertainty from AI.

The development of full artificial intelligence could spell the end of human race. Once humans develop AI, it will take off on its own and redesign itself at an ever-increasing rate. Humans, who are limited by slow biological evolution, couldn’t compete and would be superseded’ — Stephan Hawking

AI could also solve the many dilemmas with which humans are struggling. They might become successful in recreating human consciousness in a machine, which may yield humans everlasting experience.

The debate can go on and on but shouldn’t something be given an opportunity, a stepping stone or look at history, we humans invite chaos when we forget our principles. These are two contrasting arguments pointing towards the same issue, could that one opportunity invite death?